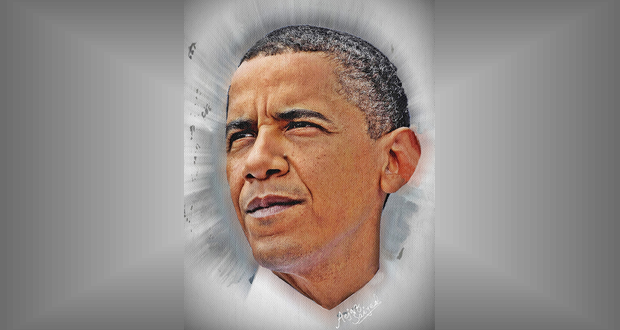 Ivan Garcia, 24 February 2016 — Neither American economic power nor Barack Obama’s oratorical skills seem to be enough to satisfy exaggerated, unreasonable or personal demands from the diverse group of Obama fans who make up Cuban society.

The national psyche is fixated on the underlying and widespread idea among Afro-Cubans that foreign money, investment and commerce can put the madness that is the national economy back on track.

After class at Eugenio Maria de Hostos, a high school located in Havana’s La Vibora neighborhood next to a steel mill, a group of students are chatting. “Dude, I swear, when Obama comes in March, I am going to ask him to buy me a pair of Nikes. My New Balance shoes are worn out,” says a boy amid chatter and laughter.

A teenage girl in the sixth grade says she would like to talk to Obama about “fixing the school, which is dilapidated, and getting me a scholarship to study film in the United States.”

One might think of such trivial requests and fantasies as forms of child’s play. But speaking in a serious tone as he skillfully maneuvers through a series of potholes on Tenth of October Avenue, Antonio’s comments suggest otherwise.

A taxi driver who works twelve-hour days driving an old car with a Ford chassis, a Hyundai engine and a German transmission, Antonio observes, “I think this visit will be very important. Obama will probably bring some good things. The government is fixing the streets and replacing vintage cars with new American ones.”

Giorvis, a bricklayer, would like the Obama administration to approve temporary visas for Cubans seeking short-term employment in the United States. “I have a cousin in New York in real estate. He tells me that they need workers. If they allowed temporary employment in the United States, people would spend a few months there and then return to the island. I assure you most people would not want to emigrate,” he says.

If the government of Raul Castro were to open an office where people could submit written proposals to President Obama, the number of letters it received would be surprising.

Starting with Nora, a plump mulata who sells paper cones filled with peanuts for a peso apiece at the bus stop on the corner of Ascosta and Pey streets. She dreams of getting a small loan to repair her dilapidated shack. Then there is Osniel, the owner of a cafe who wants to import food supplies directly from Miami. Finally there is Sergio, a first baseman on a junior league baseball team who would urgently ask Obama to sign an aggreement between the MLB and the Cuban Federation to halt the constant drain of players jumping the fence. In one way or another, every Cuban wants something from Obama.

But Obama is not Houdini. Over the course of twenty-four hours he will have to listen to the strident rhetoric of military dictators demanding the return of the Guantanamo Naval Base, the lifting of the “blockade,” billions of dollars in reparations and the closure of Radio Marti and its television affiliate.

According to a Communist Party official in Tenth of October, the most populous burrough in Cuba, “expectations are that there will be a huge reception and that he will likely give a speech in the auditorium of the University of Havana or the Palace of Conventions. But not in the Plaza of the Revolution. Since it’s the symbol of anti-imperialist resistance, that would be a contradiction. Although, given the times in which we live, anything is possible.”

One sector that would also like to speak frankly with Obama is the dissident community, if there is time in his schedule to meet with them. Within the opposition there are a variety of views and differing opinions.

On March 21 in 2003 — the same day of the month on which Obama will set foot on Cuban soil — Jorge Olivera, a poet and independent journalist, was one of seventy-five dissidents sent to prison on orders from Fidel Castrol

For Olivera the visit by the U.S. president could mark a turning point. “I hope he meets with members of civil society and the opposition, the old and the new. At least that is what he has suggested in several interviews. I am one of those who believes this could be a watershed.”

Berta Soler, leader of the Ladies in White — a group of women whose peaceful marches led to three-way negotiations between the regime, the Catholic church and the Spanish government to free prisoners of conscience from the Black Spring of 2003 — is more skeptical.

“On January 28 the Ladies in White sent a letter to President Obama describing concrete cases of human rights violations by the dicatorship. [These involve] assaults Sunday after Sunday on our marchers demanding the release of political prisoners, harassment, theft of money and property by authorities, and threats to family members. We have as yet to receive a reply from Obama. Our group will approve of Obama’s visit to Cuba if and when he meets with independent members of civil society and the oppostion. Otherwise, Obama will be complicit in the dictatorship’s violation of human rights,” says Soler.

One month before Air Force One lands in Havana and the stunning presidential limousine known as “the Beast” rolls through the city, Cubans have come up with every observation, request and piece of gossip imaginable.

“They say an aircraft carrier and a submarine are coming as part of the secret service detail protecting Obama,” says a craftsman who sells his products in the capital’s historic district. “Several avenues will have to be fixed just so the Beast can get around Havana. What we need once and for all is food, construction materials and investments from the U.S. that will benefit Cubans, not the government.”

According to some polls, the U.S. president’s approval ratings in Cuba are higher than those of the Castro brothers. And he is more popular on the island than in his own country. In spite of the complaints by average citizens, dissidents and the government, Obama elicits positive reactions among Cubans.

El Negro, as he is affectionately called by many here, could boast of being able to fill a stadium or plaza voluntarily. But fulfilling a litany of requests is another matter. He is Obama, not God.