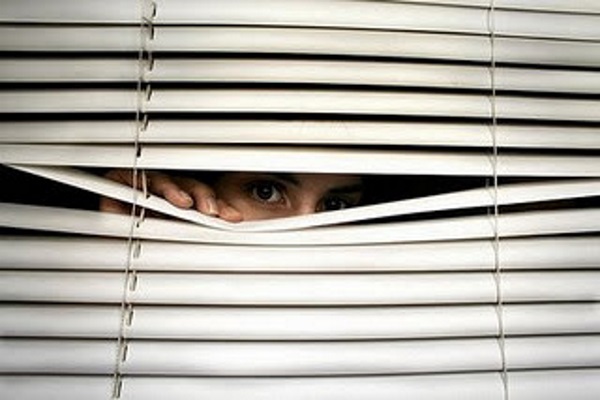 Cubanet, Martha Beatriz Roque, Havana, 2 April 2015 — Whenever the topic of democracy and the Cuban regime comes up, the top leaders say that this is the most democratic country in the world. The latest version is that “‘democracy’ is subject to interpretation, and every country understands it in its own way.”

This also occurs with citizen participation, which assumes a receptivity on the part of government officials to listen to what the citizens want to communicate to them, to help improve the politics and management of public concerns. It means that all who want to get involved in matters that affect the people will be heard, and they will be allowed to contribute their points of view, concerns and possible solutions.

Even so, although the regime talks a good game, the totalitarian power looms over the practically null power of the people, which makes citizen involvement quite difficult in Cuba, thus preventing the growth of participatory democracy.

Today, in the modern democratic society, another way in which citizen participation takes place is through Non-Governmental Organizations (NGOs) which, in most cases, push for certain social and humanitarian causes.

The regime in general pays very little attention to the participation of the citizens, however through “opinion surveys,” which it conducts constantly, it knows perfectly well what they are thinking, but there is no interactivity in the process.

And the issue, according to the Constitution of the Republic in its Article 62, is that none of the recognized liberties of the citizens can be exercised against what is established in the Constitution and the laws of the land, nor against the existence and ends of the Socialist State, nor against the decision of the Cuban people to construct socialism and communism.

It is for this reason that to maintain a majority control of citizen participation, there are those inappropriately named NGOs – the ones which the regime wants to be recognized as members of the civil society, and which in the official context are called “mass organizations.” Notable among these are the Committees for the Defense of the Revolution (CDRs).

This organization was founded by Fidel Castro on September 28, 1960, in a public ceremony in front of what is today the Museum of the Revolution, with the objective of carrying out acts of collective vigilance against foreign meddling and acts of destabilization committed against the Cuban political system.

The CDRs have a structure controlled by the State which, besides their social labors, performs the principal mission of monitoring and controlling the public and private lives of individuals and all the neighbors, on a very close level.

Despite their being considered an NGO, it can be publicly seen that the CDR supplies come from the government, even though they collect a monthly per-member fee of 25 cents in national currency for financing their operations. For example, the cars driven by the nomenklatura of the CDR—at all levels—bear the organization’s logo and a State license plate. They have a considerable number of buildings to maintain the provincial, municipal and zone structures. If only one of these organizational levels were eliminated, housing could be provided to some of the families in the country who have no roof over their heads.

One of the official arguments for considering the CDRs as promoters of citizen participation in the common good, is its intervention in elections. According to Article 68 of Law # 72 (the Electoral Law), the CDR includes the Candidacy Commission, along with other supposed NGOs, such as the Cuban Workers Center (which the CDR presides over), the Federation of Cuban Women, the National Association of Small Farmers, the Federation of Secondary Students, and the Federation of University Students.

The CDRs are in charge of keeping current the Registry Book of Addresses, which is the official roll in which all citizens must register when they move from one location to another. In most cases the official in charge of the registry is the president or the person responsible for neighborhood monitoring. It is difficult to comprehend that an official document that serves, among other things, to keep lists of voters, is in the hands of a non-governmental agency. Even less understandable is that the Law stipulates that those responsible for these registries must produce, within fifteen days following the publication of the call to vote in the Official Gazette of the Republic, a list of citizens who reside in their areas of purview who have, in their judgment, the right to vote, according to established law.

In addition, the CDRs are the font of primary information for the “verification” done of individuals by their workplaces, the police, State Security, etc. – which implies, by the same token, an obligation to the state, and an official linkage.

Among other duties they perform: blood donation, street sweeping on designated dates, collection of raw materials, participation in repudiation rallies against those who dissent from the regime, and the constant monitoring of the neighbors in their block. In some coastal areas they support the fight and vigilance against possible drug importations via the seas that surround the Island. They have quotas to achieve in the mobilizing campaigns to recruit participants for the parades and demonstrations in the Plazas of the various provinces.

It wouldn’t be surprising to see a television program of official accounting, from the Interior Ministry, titled, “On the Trail of….,” in which they publicly show that their main source of information are the CDRs.

It is possible that they also consider it citizen participation to nominate those persons, during neighborhood meetings, who should be sold television sets or be assigned telephones. They have been so involved in State matters that, even during the Mariel Boatlift, they were ordered to give away the houses that were left vacant.

The CDRs violate human rights, because they have been involved in “acts of repudiation,” which have included abuse, intimidation, and, on occasion, physical mistreatment, against those who have been deemed “counterrevolutionaries,” or enemies of the Revolution. Still today, in the minds of two of the generations that have lived through the dictatorship, memories persist of the events of Mariel, in which the CDRs actively participated, harassing entire families, physically and verbally mistreating them, simply because they wanted to emigrate.

Although throughout the entire existence of this organization, numerous reasons can be identified which support the contention that the CDR is indeed an “official” entity, one would have to particularly name the fact that its National Coordinators have been members of the Council of State in the eight legislatures conducted to date: Jorge Lezcano Pérez, Armando Acosta Cordero, Sixto Batista Santana, Juan Contino Aslán, and Juan José Rabilero Fonseca. They were all representing this “NGO” until 2013. By the same token they were all at some point members of the Central Committee of the Communist Party of Cuba.

This is the citizen participation of which the Castro dictatorship will boast, through its official spokespersons, at the Seventh Summit of the Americas.