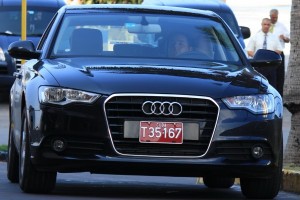 After some time, he thought again that it was time to improve; after all – according to him – the success of a man is measured by his means of transportation. In due time, he could aspire to the greatest: a Mercedes Benz or a special Audi, but to get to that point, he would have to go step by step.