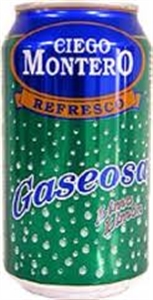 It seems like a silent cry, a clandestine invitation to beer drinking amid signs of drunkenness, not of admiration. The thirsty passer-by—child or adult—cannot easily sample a soft drink or a little bottle of mineral water in Havana when he wants, since in many public businesses that sell cold drinks in convertible currency, they tend to pack their refrigeration equipment mainly with beer. They hardly leaves room for anything else to drink, and it tells everyone that the alcoholic beverages are the only ones they care to refrigerate. The employees on every crew put a few waters and sodas in the coolers to “cover their backs” or keep up appearances.

It is often that, upon going to one of these businesses a little after the beginning of one or another shift, you’ll get responses like, “They’re hot” or “There aren’t any,” and you must move on. The so-called “Quickies” are the places where I most observe this problem. They remind me of those bars that were around in the capital a few decades ago that they called pilots because, just like them, the tables are often full of happy people with a significant number of empty bottles or cans of the amber liquid atop them. Likewise, in other places not suited for drinking, like some shops, kiosks and other businesses, there is again the same lack of refrigeration which endangers customers.

I ask myself why and I conclude that it appears that they get their rewards in the form of the frothy drink. The bonus is that for years the state expropriated these people and denied them a decent wage. Around here everyone “struggles” to make a decent salary that can provide enough money so that they can have a half-way decent lifestyle and can satisfy their basic needs and those of their families. The state has forced most citizens to resort to daily acts of illegality in order to be able to survive. In their long and disastrous exercise of power we have been the victims of their arbitrary decisions, which have turned virtually all of us into a prison population.

I do not fall into the trap set by officials when they uncover these kinds of things—the rustic private stills installed in homes or inadequate, dirty, illegal locations. I don’t believe it. The clandestine breweries are in state factories and use government vehicles to transport the merchandise. They are controlled by the military’s own men, who divide the output between the exploitative, multi-millionaire State and the impoverished workers.

A self-adjusted salary from which many benefit and no one sees, because the alcoholics of corruption look the other way, so as not to harm this balanced and equitable Robin Hood business, with beer belly and Party card. So as we walk around we must go along to quench our thirst and the tropical heat with some hot soft drink, while others “fill their plates and pockets” with the cold beer “fruits of their sins.”

In our country the most massive drunken binge historically has been that of the strong-man rule. The leader and his group are entrenched, at the cost of appropriating the country, they led us to this crisis of values and the socioeconomic and political ruin that oppresses us. Reasons abound for us to worry about Cuba, because when it appears to be falling, because mutated by inefficiency and immorality it wobbles, which doesn’t mean it’s drunk, but rather rotten.