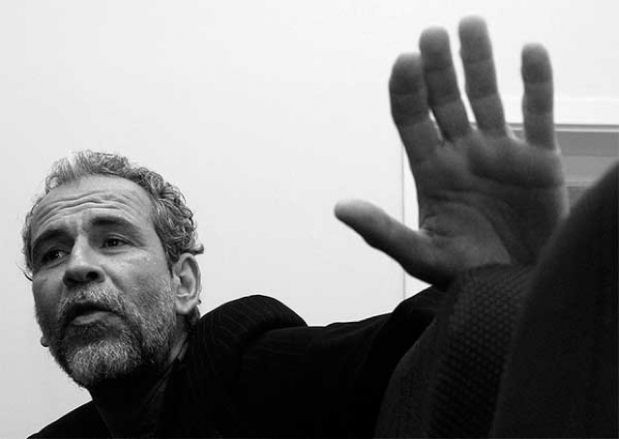 As a birthday present, Willy Toledo announces that he is going to live to Havana.

At forty something and with his own First World “savage capitalism” bank account, it was now time for the actor to star in one of those “humanist processes that have improved the lives of people” and which are an “example of heroic resistance” to imperialism (that ghost that corrodes Europe: envy of life in America).

Perspicacious people that we are, Cubans, not without curiosity, give him the most post-Communist of welcomes. No one who feels pressures in a “fascist national-Catholic” regimes deserves to live in it forever. And Cuban has half a century of compassionate experience in that respect, which is why accept with our proletarian patience one more of the many media stars who have come to discretely detoxify themselves in a private State clinic.

The “Spanishfication” process of the Island (where nearly a third of a million nationals are looking to escape thanks to the baptismal faith of their grandparents) now has a reverse flow of Iberians: after the Basque ETA terrorists from decades past — half entrepreneurs and half hostages in Cuba — we receive a terrorized Willy Toledo. Literally, because “democracy in absolute deficit” has collapsed his emotional stability. No one is alive there. It’s a question of brains.

Willy Toledo will come as an ideological tourist to find that the most beautiful land is the same one espied by him from his Marxist hound’s crows-nest, with its idyllic ration book and its atrocious business inefficiency, with its scarcity of guaranteed rights even in the Constitution, with its national apathy and criminal hypocrisy, with its zero internet and prophylactic Majority Report style laws, and, above all, with its “suspected dissidents” imprisoned as “traitors” and “common delinquents” like Orlando Zapata Tamayo, his family filmed while he was left to die in the hands of State Security after a hunger strike and torture in prison, and towards whom in 2010, while his body was still warm, Willy Toledo showed no mercy.

Or perhaps he comes with the academic pretensions of a performing Patrick Symmes, who pretends to survive thirty days like a Cuban in Cuba, with fifteen Yankee dollars in exchange for reading, with sleepless irony, not so much Harper’s Magazine as Les Miserables (unspecified if in a local edition).

Or he could come like a killer whale with cancer that stops in the Cubag Archipelago to immolate himself on the shabby stretchers of Havana hospitals, and even donate his body to the aboriginal quacks of the Latin American School of Medicine: a kitsch Keiko with no reasons to rebel, except to evade his taxes (like leftcopy Gerard Depardieu renouncing Europe in favor of the ex-KGB). In this case, our William Tell could end up like Antonio Gades, buried in the east of the Island as a Hero of the Revolution, with the profits from a dwarf statue in Old Havana.

The Cold War rhetoric of Willy Toledo is as simpatico as renting his unshaven face for the Christmas 2007 campaign for the World of Warcraft video game. In any case, with his putative visa as “foreign trainer,” Cuba could be continue to be a “reference” and “symbol” for the “real socialists of the world” where the “Rule of Law has been completely wiped off the map,” though for him, it will not be. In fact, in Cuba he will be much more hidden from within, thanks to the guarantee that nothing will happen like what occurred in Spain at the end of March in 2012 (with the silent consent of the Catholic hierarchy) when hundreds of peaceful activists were kidnapped by the political police just when Willy Toledo was xenophobicly vandalizing a bar in Madrid. In Cuba, what’s more, his anti-monarchic intolerance could heal, through living without outrage for the rest of his life under the democratic dynasty of Castro & Castro Ltd.

The Cuban population pyramid, like a mimetic trend of the rest of our society, is also upside down. There is a permanent plebiscite of the feet: everyone leaves (we all left). Hence, the importance for Raulism of reforesting with subjects who guarantee their governability. Privatizing Cuba with faithful foreigners so that we Cubans won’t reconquer the end of the Revolution. Operation Free Willy would be inserted within these objectives of the transition scheme announced for 2018.

Welcome, then, to the Revolutionary Court, Comrade One-Eyed Willy.