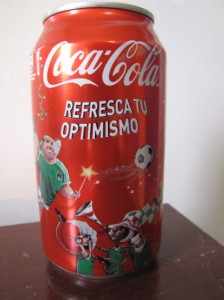 What I always admired about the United State policies is their pragmatism. It has an unmistakable capacity to dump in the trash can the strategies that don’t work. And to overcome the errors.

But regarding the Cuban embargo, the Americans show a notable stupidity. Let’s see it from its supporters’ angle. Its advocates think that if the United States lifts it, Castro and his olive green entrepreneurs, will be lining up their pockets with dollars.

They will keep on governing for decades. So the democrats and the human rights activists on the island will continue to be harassed or beaten by the mobs egged by the political police. With the embargo, they say, the United States tries to asphyxiate the regime, promote people’s discontent and provoke the angry Cubans to start a protest on the Havana waterfront.

But neither one thing nor the other happened. In 52 years, the common people didn’t throw themselves on the streets. Or maybe. On August 5, 1994, not to change the status quo, but to make Castro open the gate and to throw themselves into the sea heading to Florida using any floating object.

Of course, the embargo is pure gold for Castro’s propaganda. According to the official media, the Cuban economy is walking with crutches because of the “blockade’s” effects. I don’t think so.

The reality is that the system adopted by the brothers from Biran doesn’t work. All the ill conceived authoritarian ideas, where several essential human rights are suppressed, didn’t take off coherently in any nation.

Only under the boots and the tackling of the secret services is the system maintained. Actually, the commercial embargo affects common citizens. Sufferers of cancer or AIDS cannot afford the latest generation medicine patented in the United States. A regular Cuban can not make bank transactions with United States based branches.

Cuban Americans and foreign tourists can not use American credit cards. The trite excuse used by the embargo supporters, that if it didn’t exist the Castros would be a kind of rich guys, falls by itself.

Long ago, the Castros became the McDucks. I don’t think that the embargo’s toughening will turn them into panhandlers. The embargo is an authentic mirrors game. Its defenders didn’t achieve nothing. The authoritarianism and the lack of freedom continues.

Of course, the ones who blame the embargo for all the misfortunes that have been happening are also lying. Cuba’s bad situation is the fault of the government. And if you decide to visit Havana, with hard currency, you can buy Coca-Cola, Dell computers and Motorola mobile phones.

The embargo is a real sieve. It has more holes than a Swiss cheese. Add the fact that the United States is one of the Cuba’s main food providers .

Through donations to the island, previous generation medicines and antibiotics come to the island. More than a billion dollars annually are received through remittances. And another billion dollars in equipment, electric appliances and shoddy textiles, sent by Cubans living overseas.

What embargo are we talking about then? A policy or a rule is efficient if it works. But the Cuban embargo has not been working. In addition, it is not politically profitable.

Every year, a majority of countries vote against it in the UN, and for the record, many of the countries condemning the embargo are also critics of the island dictatorship. When the president of the United States decides to abolish the embargo, he will put the Havana regime against the wall.

Because the Cuban economy will still be a disaster. The people won’t live better. Nor will the pantries will be replenished with food. But there will be no excuses or emotional fuel to harangue the masses. The people governing will be naked to the world’s public eye. And therefore will be forced to change.

Who benefits from the Cuban embargo? Fidel and Raul Castro. No one else.

Photo : In his blog the HoboTraveler, the journalist Andy Graham wrote that on Saturday December 6, 2009 he went with two Norwegians to the Jazz Café of the Gallery Paseo, a mall located at Paseo and Malecon, Vedado. Once in the interior, after paying 10 convertible pesos to enter, he asked for a Coca-Cola and they brought a 355 ml can of Coke which he decided to photograph, surprised that in Cuba they were selling the soft drink — a symbol of the USA. In his blog he also posted the picture of the back of the can, where you can see it is a Mexican coke (Tania Quintero)