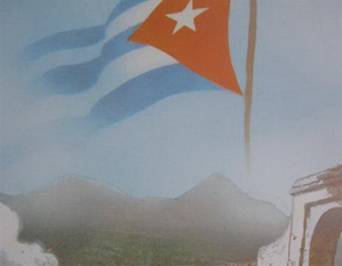 For months Cuban authorities have been waging an intense campaign to end the blockade (or embargo) imposed by the US government against the Cuban government. Among Cuba’s demands are the release of three spies now serving time in US jails and removal of the country from the list of states that sponsor terrorism.

All this is in the context of an “invitation to the government of the United States to a mutually respectful relationship based on reciprocity, sovereign equality, the principles of international law and the United Nations Charter,” in the wording of a speech by the Cuban foreign minister at the sixty-ninth session of the UN General Assembly in New York on October 28, 2014.

Moreover, in recent weeks the New York Times has published several editorials in support of the same position, which have been reproduced verbatim by Cuba’s government-run press — something never seen before — which has added its own severe criticism of civil society, accusing it among other things of corruption.

The convergence of opinion among Cuban authorities, the New York Times and some political, business and social figures of the United States is striking. It is no secret, though the parties involved refrain from confirming it, that something has long been cooking behind the backs or with the participation of only some members of Cuba’s civil society.

At the end of the 19th century the governments of the United States and Spain signed the Treaty of Paris, which ended hostilities in Cuba as well as Spanish control over the island. Neither the Cubans who had launched the initial revolt nor their political representatives took part in the treaty negotiations. This weighed heavily on Cuban-American relations during the era of the Cuban Republic and was considered by many responsible Cubans to be a politic mistake on the part of our neighbor to the north.

Trying to resolve the dispute between the governments of the United States and Cuba today, well into the 21st century, without the participation of Cubans who are neither part of the government nor in agreement with it would be making the same mistake twice.

The desires of Cuba’s current leaders to prolong the life of their failed system — albeit with surface embellishments and new faces — and the interests of certain American political figures cannot take precedence over the interests of the majority of the Cuban people who, unable to truly exercise their democratic rights, are hoping and fighting for real change.