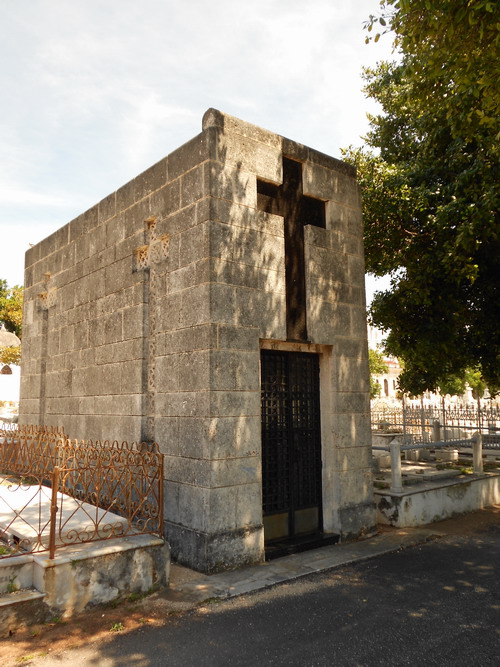 I have always said, as a joke, to relatives and friends that when I am dead I want to be buried standing up.

In my home town Santo Domingo, there is a story that the first parish priest José I. y Belasa was buried standing in what is today the oldest sculptural complex in the local cemetery. After searching the parish records I knew it was not true, the Spanish priest was buried as usual.

Not long ago I knew that, at the Cemetery of Havana, there is record of a man buried in this position. Casimiro is the name of the person to whom, by means of this text, I want to offer tribute.

Eugenio Casimiro Rodríguez is the only deceased for whom there is record in Cuba, who chose to be buried this way; the funeral took place at the Colon Cemetery. Who was Casimiro? And why did he decide to be buried standing up?

Eugenio Casimiro was one of those characters to whom destiny played foul, but always gave him the good fortune, the same as cats, to land on his feet or always come out fine. It is Casimiro who, on one occasion, had his death penalty commuted, in the old prison of The Castillo del Príncipe (The Castle of the Prince) in Havana.

It is Casimiro who has the good luck, behind bars, to start a love affair with Miss María Teresa de Zayas, daughter of former president of the republic Alfredo Zayas. This is the same Casimiro who, due to government negotiations through his beloved Maria, obtains presidential amnesty, and afterwards he achieves one of the most controversial marriages in the Cuban history.

There is a record that Eugenio Casimiro, after his marriage with the daughter of former president Zayas, held high positions within the Chamber of Representatives in the Republic of Cuba, as an initiative of the Conservative Party.

Is Casimiro a lucky man or what? I would like to ask life, if I am not too ambitious, to smile at me as many times as it did to Casimiro, and I would also like to ask that at the end of my walking in this world, I would be granted to be buried the way he is found in holy ground.

That’s why when I am dead I want to be buried like Casimiro.