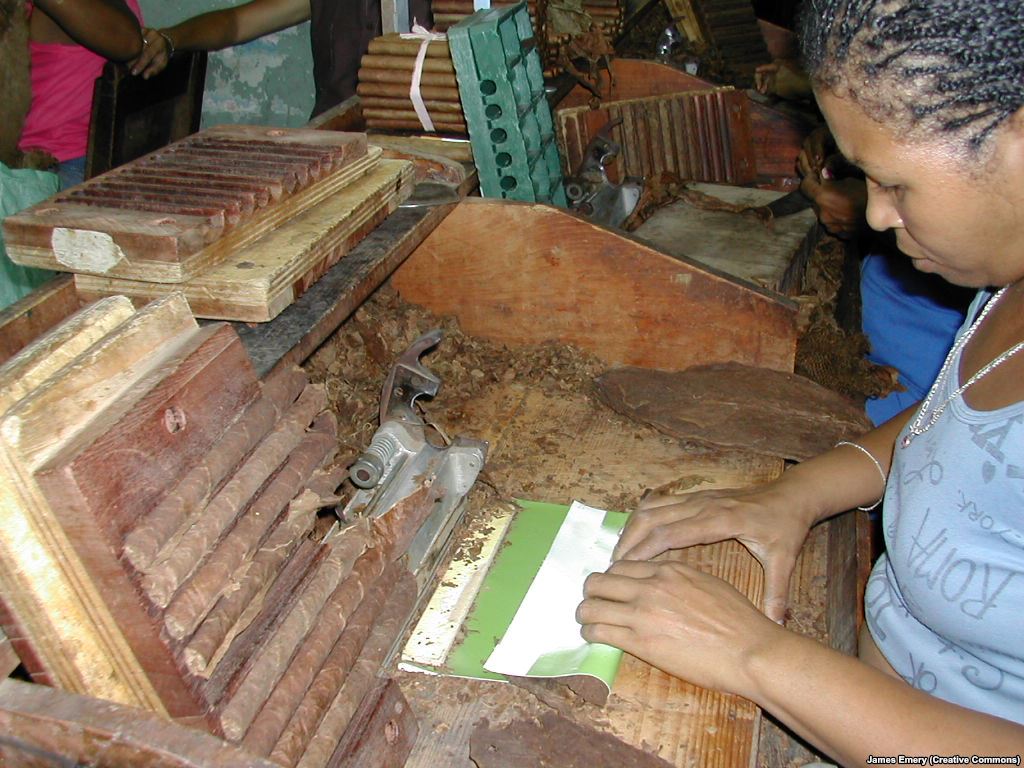 The story goes that Cuban natives consumed tobacco long before the Genovese admiral Christopher Colombus landed on the island.

The studies and evidence show that our natives used it as a medicine, narcotic, aphrodisiac, and in religious rituals and celebrations.  They smoked it, breathing through the nose and even drank it in concoctions.

Rodriguo de Jerez was one of the sailors who arrived in the Americas with Colombus and returned to old Europe with the habit of smoking.  The Inquisition, after alleging that only the devil could concede to a man the power of taking smoking through the mouth, sentenced him to seven years in prison.

Nevertheless, the vice prevailed; tobacco became an industry, and although studies make clear that the plant has its origin in the Andean region between Peru and Ecuador, Cuban tobacco rapidly achieved the qualifier of “the best in the world.” And the term Havana appeared to conceptualize all the cigars where 100% of the product is cultivated and manufactured in Cuba after multiple and severe controls both at the level of agriculture and at the drying and twisting process.

It was 1800 and by then tobacco, like sugar, had fused with the history of our country; but the characteristics of the market and the pleasure of the smokers made the Havana, distinguished now by its provenance, start to be classified by the zone of the crop.  So emerged prestigious brands like Partagas, H Upmann, La Corona, Por Larranaga, El Figaro, and others until 1966 when Fidel Castro created Cohiba, the leading brand of Cuba, which carries his name thanks the suggestion of his then chief bodyguard, Chicho.

Cohiba not only is the name of the tobacco of the highest prestige in the world, it is also a commercial brand that moves political influences, traffics in power and manages millions of dollars. It is sold at astronomical prices and is consumed in every corner of this planet. The Rolls-Royce of tobaccos is a golden bubble where pleasure finds a select group of people who only have money and power in common.

Throughout all its history the leaves used to handmake the bast cigar in the world have been jealously chosen, and marketing specifies that they come from the five best meadows from the region of Vuelta Abajo, Pinar del Rio.

Inclement weather, the Special Period, lack of fertilizers, financial liquidity, the fight against smoking and other series of factors made Cuban tobacco production decline. As hard as they tried they could not meet the commitments or the claims of a market that demanded greater quantity and quality from our leading product. The Commander in Chief himself, who by then was also a microbiologist, ordered the use of an in vitro production technique that would guarantee massive quantities of tobacco plant starts with the same high levels of excellence; but obviously, the plan did not bear fruit.  And so we arrive, as always, at deception.

“The country of tobacco” clandestinely bought selections of leaves in Nicaragua and small quantities in Ecuador, countries where it is known that the tobacco plantations pass through a strict quality control with international standards. The quasi-contraband leaves were used for the manufacture of tobacco that was sold, and which was given to influential leaders. A real joke, “the best Havana in the world” without guarantee of origin.

Just the Cuban part of the joint venture Habanos S.A. can answer if this government scam persists. One more.