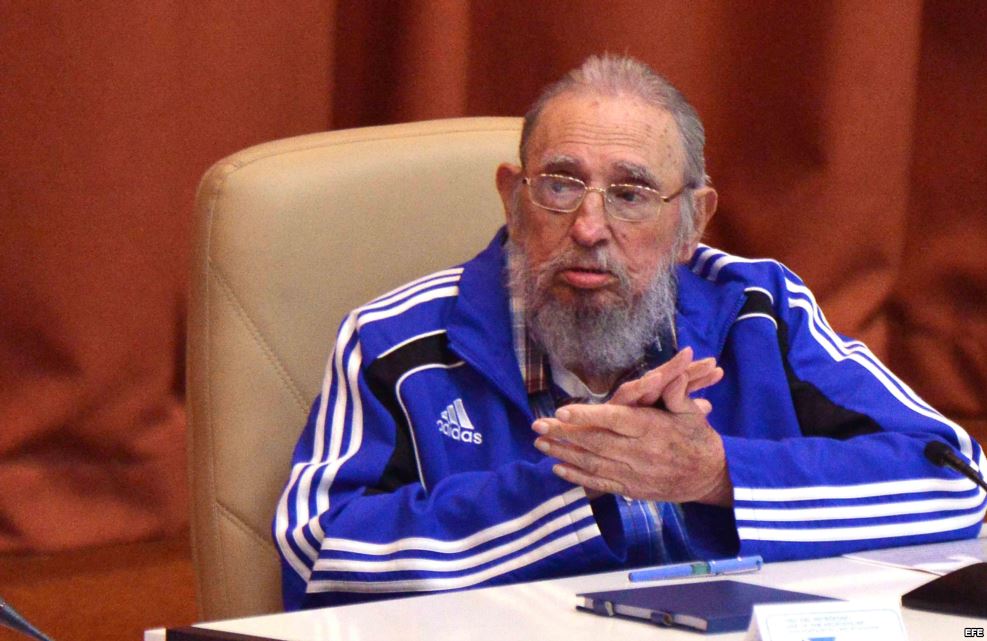 Juan Juan Almeida, 4 June 2016 — A study conducted by the firm Boston Consulting Group reveals some very curious findings, which I find questionable, about Cuban consumers. It claims that Adidas is the best known brand on the island due, according to this report, “in large part because of Fidel Castro’s preference for the company’s tracksuits.”

The former commander-in-chief was unquestionably the ultimate promoter of Cuban Revolution abroad. It can be logical to assume that, in a country — and I am talking here about demographics — that is one of the oldest in the Americas, its citizens still look up to the irreverent, bearded young man who angrily challenged US interests from his podium in “the plaza.” But actually it is something much simpler. The leader has grown old and is now looked upon with a certain nostalgia by people over the age of fifty-five.

Certainly every time Cuba’s nonagenarian former president appears on television or in the national press, it becomes an international news event, with his name and image splash across world headlines. But on the island it has the opposite effect, one of saturation and annoyance.

It is unrealistic to think that Adidas is popular on the island because Fidel Castro wears its label. This ignores the fact that, until 2012, the German brand was the official sponsor of the Cuban National Olympic Committee and equipped all its athletes with clothes used in both training and competition.

It is for this reason that all of Cuba’s top leaders, not just Fidel, sport the German brand. The stores run by the Ministry of the Interior, especially those managed by the presidential security service, are always fully stocked with clothing and footwear by Adidas. And until a very recent and much-talked-about corruption scandal, sweatshops run by an arm of the National Institute of Sports, Physical Education and Recreation were turning out unauthorized and obviously fake versions of Adidas merchandise.

It is hard now to remember that the Cuban judo athlete Daima Beltral, who moved us to tears at the time, was wearing an Adidas tracksuit when she was awarded silver medals at the Olympic Games in Sydney (2000) and Athens (2004). That at the IAAF World Championships in Budapest on March 14, 1989 Javier Sotomayor set a new world record of 2.43 meters in the high jump wearing Adidas shorts and sweat shirt. And when the track and field athlete Dayron Robles and the wrestler Mijain Lopez became the only Cubans to win Olympic medals in Beijing in 2008, they were both wearing Adidas.

This, and not the tedious image of an old, worn-out dictator, were some of the emotional moments that on a subliminal level set the Adidas brand apart from all other sportswear labels in Cubans’ minds.