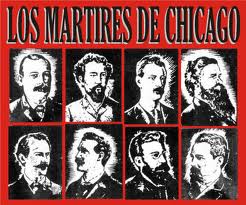 I’m not exaggerating if I tell you that for more than I month it’s been known with precision the exact number of participants by province, union and sector that will fill the country’s plazas with color in “spontaneous” marches for May Day.

What are these Cuban workers celebrating? In reality, they’re not celebrating anything. They consume a representation that started out being genuine but that has shed meaning along the way. In contrast to the working class in other countries, even though they have equal or greater reasons to do so, they do not fight to increase insufficient wages, they don’t demand an end to the dual monetary system, and they don’t unite against the possibility of being laid off, they don’t protest about the slowness and shallowness of the economic reforms, they don’t organize to restructure the union that represents them.

One of the slogans that will preside over the march this year is: “For a prosperous and sustainable socialism.” If there ever really was socialism, at its beginning it brought changes in education and health-care, which, since the disappearance of the Soviet subsidy, haven’t stopped deteriorating, but prosperity has been an elusive goal of the working class, which at one time perceived the real possibility of reaching it through their own efforts, for long years so demonized.

With regards to sustainability, they should have the grace not to be so dramatic; they’ve had every opportunity over more than half a century at the helm of the government and haven’t even managed food independence despite constantly repeating the official propaganda about the dangers of the Blockade and the Imperialist Threat.

It’s a paradox that the workers march to celebrate conquests that we’ve enjoyed for a half a century or more, but are incapable or organizing themselves around demands that affect their daily lives. Meanwhile, the Cuban working class continues marching being slogans that represent nothing, the legacy of the Chicago Martyrs still leave much to be done among us.