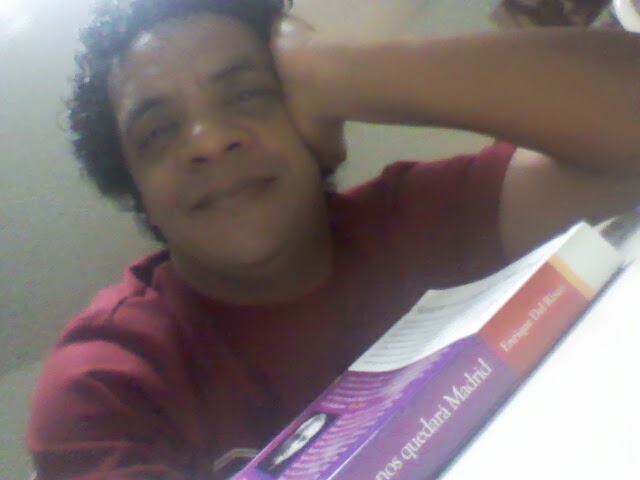 I had to let a year pass in order to compose this ode (fuck) which is not for Enrisco and his refrain of throwing it all to hell.  This is the story of a one-eyed but happy man.  I was in the Havana room of my friend Roberto Gonzalez, eating bread and tons of ice cream because there was nothing else, while I read ”We Will Always Have Madrid”.

I did it in one go, as the best jokes are read and about every twenty pages La Chipi would appear with the jugs of ice cream.  I believe I’d returned to the best of Marcos Behemaras, to the most spicy Zumbado that was taken from us “by accident” and all that was seasoned with the Madrid stories which will never be ours (nor Enrisco’s) and a Havana that was no longer mine because I was leaving Cuba.

But no sooner had we followed the food and that digital version, than it occurred to me to write to the “prof” and give him the bad news that his book was already being pirated between the corsairs and the cyberpirates, in a capital that wouldn’t recover, this Havana simultaneously virgin and whore.

“We will Always Have Madrid” is a linear story, since humans at the end always come back to the scene of the crime, or of ridicule, and the value of this book is that, in not stopping to laugh at the misfortune of the cold, the naiveté of a just arrived immigrant, or the sons of b… that destiny reserves for us at each step. The turbulent Havana of the 90’s is like an old movie, fading into black but without credits.

When this character, who years later will delight us in “Encuentro de la Red” with those disparate stories, left the Cuban capital, a half-Cuba missing the best and the worst of the so-called “Special Period,” and to sympathize with us Enrisco and his troops walk alone in a Madrid of a thousand demons

I will not share with you any of the jokes that are related to loneliness and estrangement to the point that on some occasions our respective tears fall. If anyone decides to buy the book or the books, I’d recommend that you do it right now. I wanted to look like a “yuma” or a “pepe” — a foreigner — and I bought “wine, bread and sausage” and went down the hill until I came to the end.  What a good time.

*Translator’s note: In Spanish “ode” can be turned into “fuck” with the addition of a single letter.