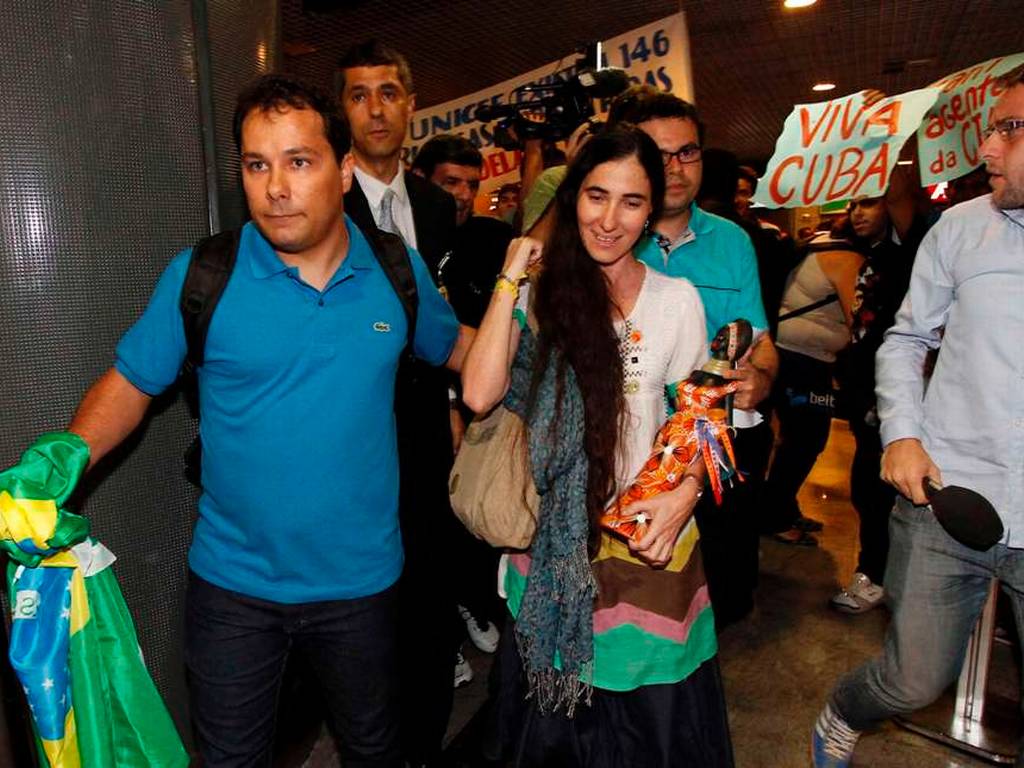 Over the last 24 hours groups of Brazilians orchestrated and directed from Cuba and its diplomatic site accredited in Brazil, have led acts of repudiation against the visit of the Cuban blogger Yoani Sanchez, creator of the blog Generation Y.

The Brazilian Socialist Youth repeat every humiliation that the Cuban government itself, its official media and intelligence have made against the Cuban journalist. It is unfortunate that the interference of Cuban intelligence reaches the democratic world especially in all of America.

With this letter we want to show solidarity from Havana, Cuba, with the Cuban blogger Yoani Sanchez, and extend a call to countries in the region to put an end to the work of Cuban intelligence interventionists trying to break the democratic order of each of the Latin American nations.

The signers of this letter bloggers, tweeters, independent journalists, media, human rights activists and supporters worldwide all stand beside Yoani. We say no and we accompany her on every step of this journey where she is simply narrating the Cuban reality in real time.