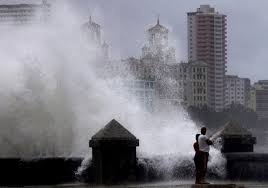 Since General Raul Castro formally occupied the throne of Cuban power February 24, 2008, he publicly promised to clear a series of obstacles and assured in a highly theatrical ceremony the creation of a kind of hospital where the infirmities of a worn out country that has been sold egalitarianism could be healed and where for more than half a century the human beings belonging to whatever gender, age, ethnicity or religion have not managed to become equal.

Alfred Adler, the Austrian founder of individual psychology, said that the superiority complex that accompanies the supposedly distinguished social classes is simply an effort to compensate for true, hidden feelings of inferiority.

So, as was expected, such an illusory path towards national progress, rather than advances, brought a significant regression in the social reality and needs of a people.

Our country is sick and in a terminal state. The palliative medicine called political reforms is nothing more than a tendentious manipulation that failed with the emergence of a class, or better said a claque; and with it, an unchecked increase of stale inequalities that already were abysmal.

Obviously, it is not my idea in this article to criticize those so vilified rich, because I have already said many times that, new or old, it seems to me very fine, and I don’t see anything bad or arrogant or offensive in the fact of having money or quantifying wealth.

I refer to those other characters that have launched a paladar — a small private restaurant — or made a hostel of their houses. A new group of entrepreneurs who on earning with their businesses, as if by magic they inherit a certain governmental arrogance and believe themselves deserving of it.

There is something that we all believe but on certain occasions we do not want to hear. The satisfaction of our material needs only finds fulfillment provided that they are repaid with educational and cultural growth.

In Cuba we are living in a curious, vertiginous and singular period of change in social relations. A new paragon, a new structure, where this group of people who through boredom, imitation or because of the illusion of uncertainty, adopt the old customs of institutional mistreatment and bet on an archetype of entrepreneurial behavior worthy of dead magnates, in which democracy is reduced to a facade, or a ridiculous and incongruent word-of-the-day incapable of convincing the whole of society.

The abuse, unacceptable from any point of view, cannot nor should it treat people as property; the worst is that as a dark metaphor that encloses an open ending, the Cuban workers, members of an uprooted population, with low self-esteem and victims of oppression, turn these injustices into the order of the day and accept denigrating rules of work with long days, miserable wages, intellectual debasement and sub-human conditions, as if it were about a model of neo-slavery.