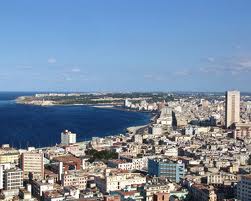 Citizens of Havana are increasing concerned about living in dilapidated buildings, as there have been several building collapses as the year 2012 progresses. A lady of 55 from a Havana neighborhood commented that the cold season is running out and the rainy season looming, a dangerous stage for buildings in poor condition as the contrast of water and sun is a time bomb.

The news of cave-ins in these neglected areas are heartbreaking, because we are going through the same thing, says Alberto, 21. And neighbors have lost hope that the government will assign them a brigade for the salvation of the buildings on the block. The delegate said that it has been raised in several meetings and no answers have been given yet, and this has been going on for over 3 years. Construction products are for sale, but to get something, even to repair each one individually, is a dilemma of long lines and the demand from the population is so great that they can’t cope.

When the month of July comes around, many buildings have fallen in Havana and we already hear, that hopefully and with lick there will not be people who live in fear every day of losing their homes and being forced into a miserable collective shelter.