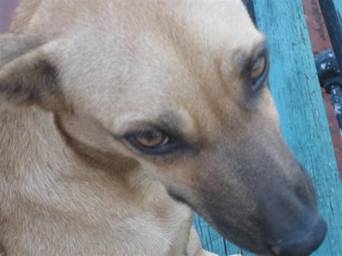 In Cuba, animals, for the most part, are unprotected. There are no laws or regulations that define how they should be treated, nor sanctions for those who abuse them. Flora and Fauna, for the most part, deals with problems relating to the extinction of species, but doesn’t interest itself in domestic animals, much less pets and other affectionate animals. They depend totally on their owners, consistent with their feelings and financial capabilities.

There is no governmental agency or organization that answers for them. There are some regulations prohibiting their presence, even with their owners, in certain public places, like beaches, recreations centers and others, and fines are imposed if they are violated.

This lack of regulated State attention, as happens in most civilized countries in the world, seems not to be on our authorities’ list of priorities.

If during the years of the Republic there was a magnificent Veterinary School, situated on Carlos III, where these friends of human beings were looked after for free, today the school is deplorable, and only works thanks to the dedication of its personnel, most of the time without the veterinary resources needed or the drugs to treat them, because we’ve come to the absurdity of prohibiting veterinarians from writing prescriptions, knowing as we know, that many of the drugs used to fight disease in people also work in animals. This requires finding a friendly doctor who will issue them.

There are also private clinics, where they offer to shelter and care for pets when their owners go on vacation. Today the attention, apart from vaccination campaigns or government sterilizations, rests mainly on private vets, who make house calls, or see pets in their own homes.

Public Health, with its Department of Zoonosis (the transmission of infectious diseases between species) is only in charge of picking them up in the street and killing them, without any system of treatment or preparing them to be offered for adoption, without recourse to measures that are too extreme or anti-human.

In addition, the procedures they use to pick them up are wild and violent, causing injury to the poor animals, and when you criticize them they say they lack adequate methods.

The Almiquí y Animalia stores exist principally as means to collect hard currency, but their prices in CUCs are prohibitive for most people, not to mention that pet food and other animal supplies are unavailable for most of the year.

Prohibitions continue to what the authorities know best how to so. We urgently need the development, adoption, and putting into effect a Code of Protection for this friends of human beings, which also establish the duties and rights of their owners, and that sanction acts of cruelty and mistreatement.

Until this happens, the streets of our towns and cities will continue to be filled with dogs, cats and other pets wandering, vulnerable, sick, hungry, scared and looking for food and affection.