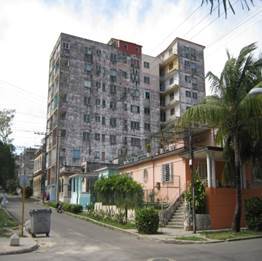 Fernando Damaso, 14 February 2017 — February, for Cubans of the so-called third age, presents two important dates: The Day of Lovers (the 14th), and the Grito de Baire (Cry of Baire — the 24th).

On the first, re-baptized as the Day of Love years ago, gifts were exchanged only between lovers, with the prevailing image being hearts pierced by Cupid’s arrows. Today it has a more general character, and I believe it has lost much of its original identity.

In a recent spot on national television about its celebration, first a couple of lovers appeared, and then an elderly couple, followed by a pregnant woman with a man rubbing her belly, and in the end, dragged by the hair, an image of Che and Fidel. I accept this “romantic broth,” but reject the final image as absurd and manipulative.

The 24th, harking back to events of 1895, was a patriotic remembrance with an abundance of Cuban flags and official commemorations in schools, rendering homage to the beginning of the War of Independence organized by Jose Marti and other illustrious patriots.

This day, over time, has lost its importance, while other less important ones have replaced it and are now celebrated with overwhelming propaganda. It seems like the so-called “new patriots” are considered superior to the founding fathers of the Cuban nation, which is disrespectful and totally false.

This process of historical dismantling has been carried out with the younger generations, which have been and are manipulated in the interest of satisfying overflowing egos and above all, and ironically, “in the interest of the Fatherland.”

It is essential to look critically at our historical calendar, from which events and figures that totally expendable and lacking the merits to remain on it should be removed, but to accomplish this courage and dignity are required, something that some of our historians and social communicators lack.