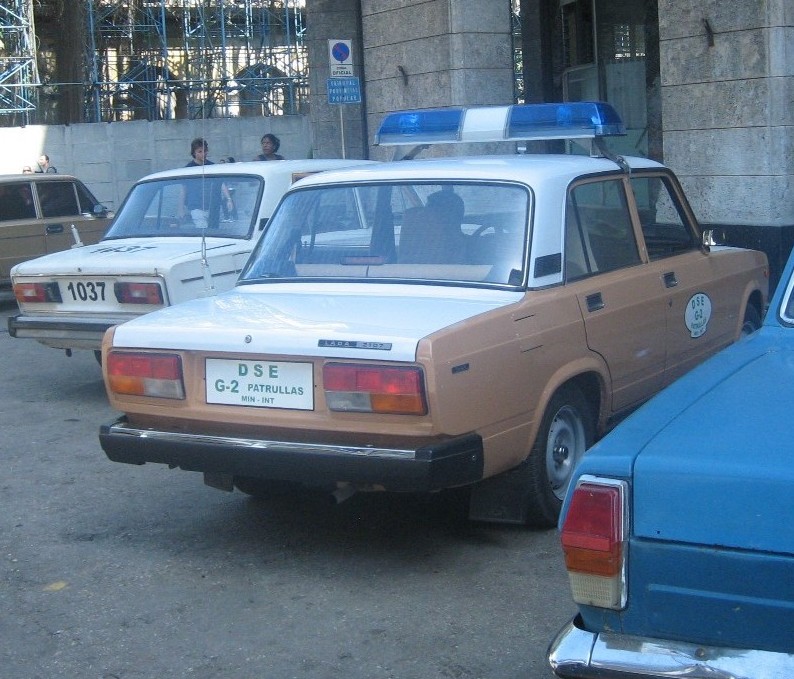 They arrived early to “visit me” as a couple — as they generally do, whenever they are ordered to harass an opponent — young people of both sexes who identify themselves as agents from the Ministry of the Interior. The pretext was a survey conducted for the National Housing Directorate, and they wanted to know my opinions about the purchase and sale of houses and used cars.

The first inconsistency that jumped out at me was that they came to me directly, they knew my name and surnames and they didn’t have the forms usual in such cases. However, they said, politely, that my participation was voluntary, but my husband had already invited them in — also politely — and they sat on my living room sofa quite disposed to chat. So despite such a phony pretense, I answered their questions honestly to see what the real motive was of their visit.

I answered questions and thought about the subliminal message I wanted to send to the gendarmes of the political police. But for someone who started in the human rights movement in Guanabo, in 1988, and has long since learned to interpret some behavioral codes of the officers of the Cuban State Security, why not speak out?

I thought — when it was my turn to listen — about the first part of the film The Godfather and the fish received by the ’family’ of Vito Corleone wrapped in the bulletproof vest of his hitman Luca Brasi, to communicate that he had been murdered and lay at the bottom of the bay.

I concluded that they had been sent so I would not forget that “they” are there, paying attention to how much say and do — as exercising my freedom and rights is important to me — and they wanted to try, once again, to coerce me. They then raised the question that I found then — and still do — to be the key to that visit. Who is the owner of this home? I said it was me and they insisted, “And the title of the property is in your name?”

Summoning my husband in 1996 or 1997, the police threatened to take the apartment he had acquired with his father in 1959 and they stripped him of it in 2000; since then I have taken steps; the documentation that names me as the owner is not going to appear in any of the offices where one duly registers deeds.

We Cubans who live in this dictatorship and exercise freedom of conscience, are accustomed to the visible (and invisible) presence of the cops, who as devils of the guard, sent “to guard us and keep us” when they like; they attack us with diatribes and without right of reply, covertly harass us or not, sniff in our private lives and enter it without permission and with impunity. And not just threats, but when it’s convenient, they carry them out.

Days later, friends in the area alerted me to the operation that was surrounding my house, which lasted seventy-two hours. It seems that the personnel graduated from the academies of the Ministry of the Interior must be hardened in the exercise against the peaceful dissident through maneuvers that these days, in practice, are more costly than effective.

Anyway, although they threatened me they did not intimidate me. They only reaffirmed the precedent of using its enormous power, among others, to join the gang against those who disagree with their policies and express it freely and publicly, although his ideas are driven by a commitment to the homeland.

It doesn’t matter how many agents repress us; they are members of the military that responds only to the interests of one party and have the strength and ammunition to try to quell — in vain — the libertarian aspirations of this peaceful and defenseless woman, who like others, only grasps the “weapon” of her words.