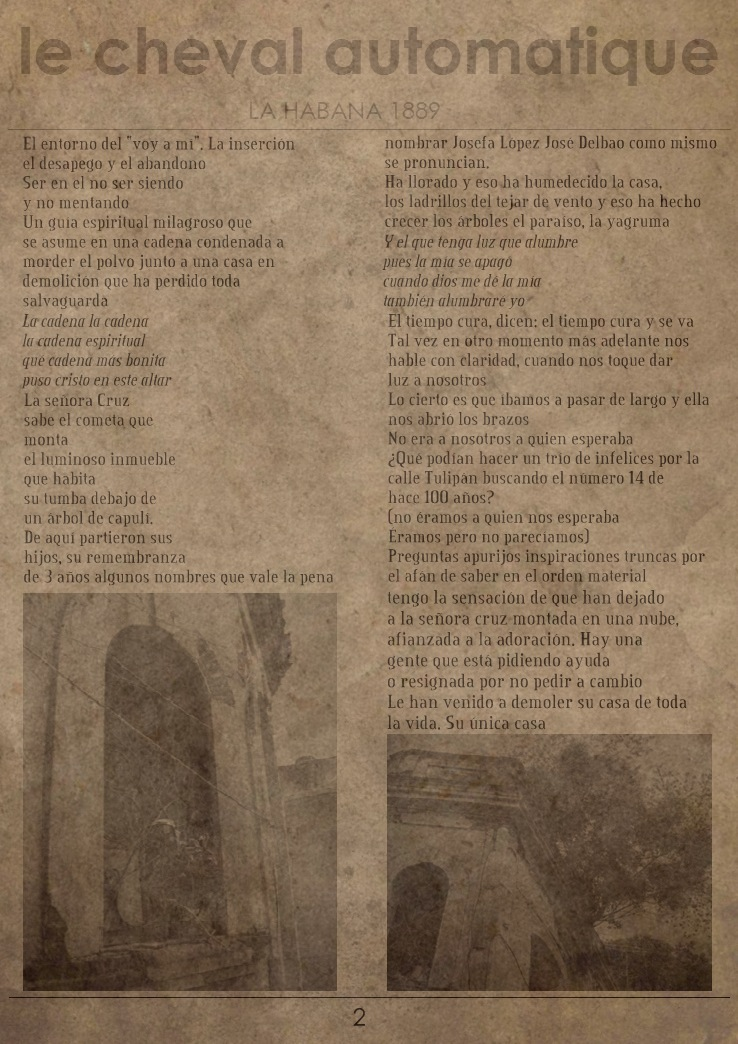 We walked down Tulipan Street toward Calzada del Cerro. Victor had said that Manual Sanguily, who I only remember from story books in elementary school, had lived at No. 14 Tulipan and received Maceo there. Tulipan is not that long of a street. After Calzado del Cerro it ends at another street called St. Teresa.

The house was the most beautiful there, despite being in ruins. Luz took photos.

It was then that the lady sitting in the destroyed doorway called out to us. I think she was anxious to tell her story. She let us enter her home, in what would have been, before, one of the rooms in the mansion, and let us take photos. The roots were hanging from the ceiling. That was impressive. The same vitality of the house, where the seeds prospered, is what led to its end.  But with people inside, who have nowhere to go.

And to our surprise, people are convinced that this is the same house we were looking for, Sanguily’s house.

Victor works wonders. He invented a XIX century periodical, he prefers to call it an apocryphal libel. And on page 2, there is stamped an image of the house, the house in the resurrection of the image. Great, right?

See related story of visit to the house here.