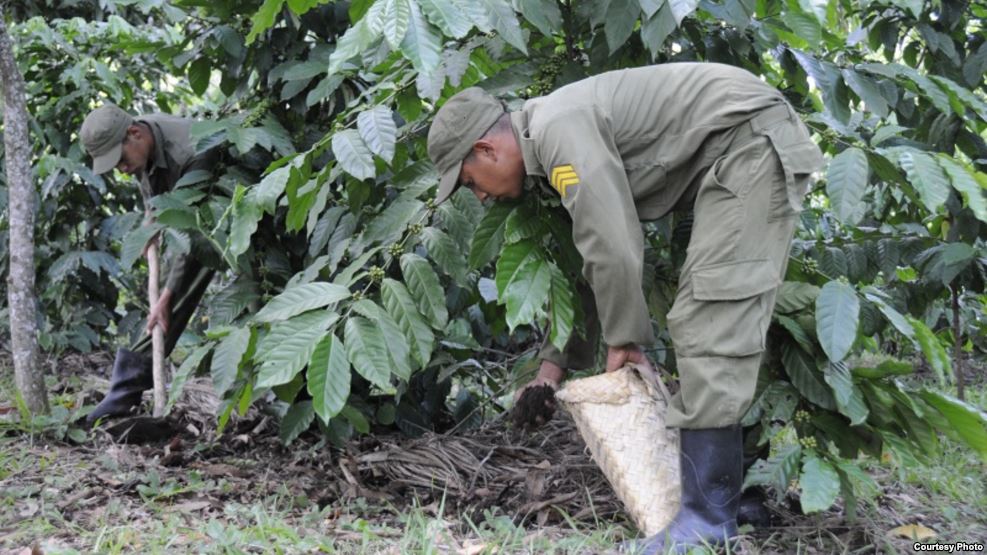 Juan Juan Almeida, 11 July 2106 — On April 22, 2016, the U.S. State Department revised Section 515.582 of the Cuban Assets Control Regulations, which now establishes that goods and services produced by independent Cuban entrepreneurs on the island can be exported to the United States. The Government of Cuba has had for a while, as an experiment, a clever strategy that applies today and is baptized with the emphatic name of “Associative and Cooperative Operation of Productive Troops.” It’s not transparency; it’s a matter of publicity.

The American Government’s method is to offer new and better business opportunities to the Cuban private sector. The response of the island government is to distort the scheme and confound U.S. institutions. As already noted in the preceding paragraph, now they have to do the paperwork. The plan is simple: transform the military corps that is part of the productive ground troops of the Cuban Armed Forces into small, false groups of independent producers.

One thing that stands out among the skilled actions that the Great State of the Armed Forces of Cuba is implementing to make political currency from its exports is the change in cooperation between the Army and “Plan Turquino.” This development program, founded in 1987 and alluding to the highest elevation in Cuba, gave priority to the economic, political and environmental development of Cuba’s mountainous zones. The emphasis was on the production of coffee, cocoa, sugarcane, various crops, cattle development, forestal activities and services. These have already been transferred to fictitious civilian entities, created under the profile of private cooperatives but clearly directed by sergeants and/or lieutenants from the different provinces.

Concrete examples of this shiny disguise are a coffee plantation of the El Salvador municipality, two of Yateras and one of Maisí, which, until yesterday, belonged to the Territorial Military Headquarters of Guantánamo Province, and presently appear registered as farming associations.

The same thing is happening in Santiago de Cuba. Two coffee farms of the III Frente municipality and two of the II Frente are in the phase of documental masking in order to demonstrate and convince the U.S. of their “entrepreneurial independence.”

In Granma province, various coffee farms are in a similar process of subverting the documentation: four in the Buey Arriba municipality, two in Guisa and one in Bartolomé Masó. And in Cienfuegos, the same thing is happening with two coffee fields in the Cumanayagua municipality that pretend to pass from the olive-green cap to the yarey sombrero.

It’s curious to hear, from morning to night, that these new entrepreneurial economic organizations, which supposedly function independently from the State, count among their assets such top technology equipment as coffee pulping machines (recently imported), bulldozers and trucks, in addition to the disinterested collaboration of the army camps that, “voluntarily,” are ready to replace the deficit of the coffee workforce on the island.

What they’re after with this idea is to camouflage squads of soldiers under a very-well-designed facade of worker associations with management autonomy to export the product to the United States, without any “ifs, ands or buts.”

For the time being, Cuban soldiers have placed special interest on the subject of coffee.