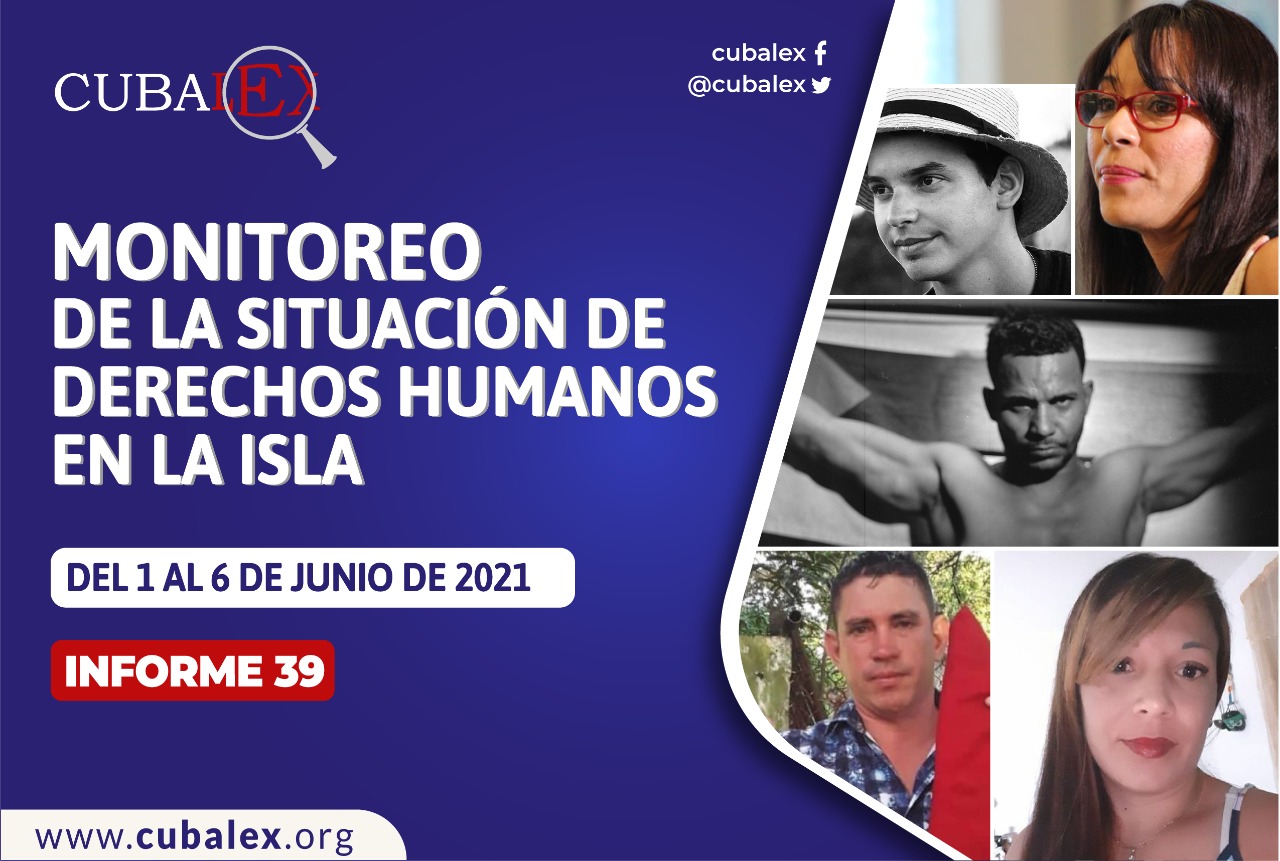 Cubalex, 10 June 2021 — Cubalex monitored acts of harassment against the civil society from June 1 to 6, 2021, as well as news related to government measures taken during the pandemic. This report also breaks down the selective internet outages that activists and dissidents have suffered, and highlights the threats, detentions and illegal subpoenas that members of the civil society have suffered in the past week.

Eighty-seven percent of the repression events recorded were against members of the independent civil society, with a total of sixty people affected, twenty-seven of which were women. One of them, activist Thais Mailén Franco, one of the Obispo protesters and the only woman that remains imprisoned for this event, has not been allowed access to medicine since her arrest last April 30, denounced her husband, Michel Hernandez Corria, who has only been able to talk to her once by phone since her arrest.

Our weekly report highlights another violation against an inmate in Cuba. Political prisoner Virgilio Mantilla Arango is in a punishment cell, handcuffed hand and foot to a pole, for denouncing the tortures and ill-treatment of inmates by jailers at the prison.

The incidents of repression most carried out by state agents were: home detention with permanent surveillance (25.8%), repression of persons deprived of liberty and arbitrary detention (22.6%).

You can consult our report here [in Spanish, but the report contains very clear charts].