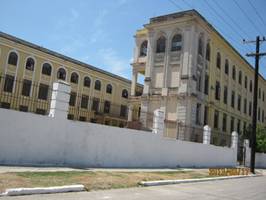 The hype around the Mathematics entrance exam for higher education is exaggerate and ridiculous. As if it were something new, without taking into account that it also happened last year at a different level of instruction, as well as has been happening, in the face of the silence and complacency of many, for many years.

Have people already forgotten about the massive promotions of a 100% in most of the High Schools in the Countryside, which were always an institutionalized fraud?

Who doesn’t know that, in many schools, for years the teachers have been helping their students to the content of the exams, with the objective of their passing the grade, which means the teachers will get good evaluations?

Are we forgetting how many high school diplomas have been bought, to be able to get a job in certain economically privileged sectors?

To announce today, in the press, that these events won’t go unpunished, is to unleash a witch hunt in search of scapegoats to bear the full weight of the law, doesn’t exempt the truly responsible: a system that hasn’t been able of preserving nor developing the civil and moral values that always characterized the majority of Cubans of whatever social level, as well as forcing citizens to live in poverty, struggling every day to live on their miserable wages, which has generated corruption, stealing, crimes and other greater evils well known to all.

This is not a unique situation that shows up only in education. It also exists in many other areas: healthcare, services, production, culture, sports, etc.

The bad thing is, although we try to minimize it, it corrodes our society and, in order to rid ourselves of it, it’s not enough to go after certain isolated events that come to light now and again, rather we must make decisions and take serious and deep measures to attack the roots, which, to date, are striking in their absence.