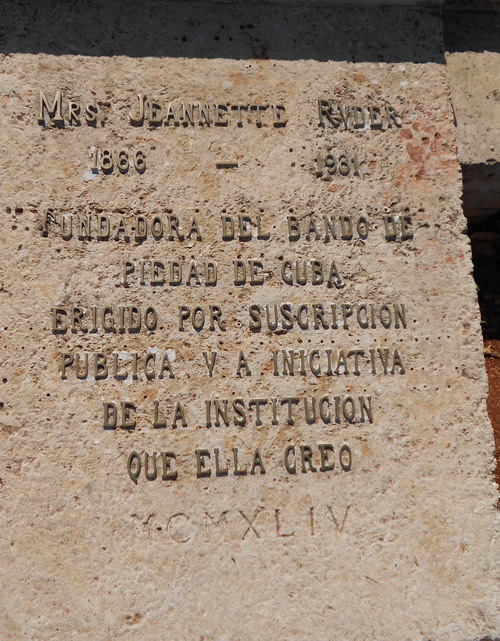 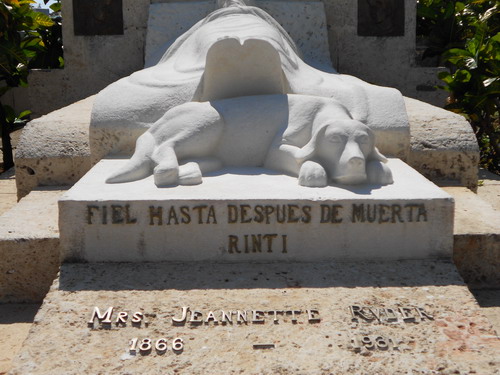 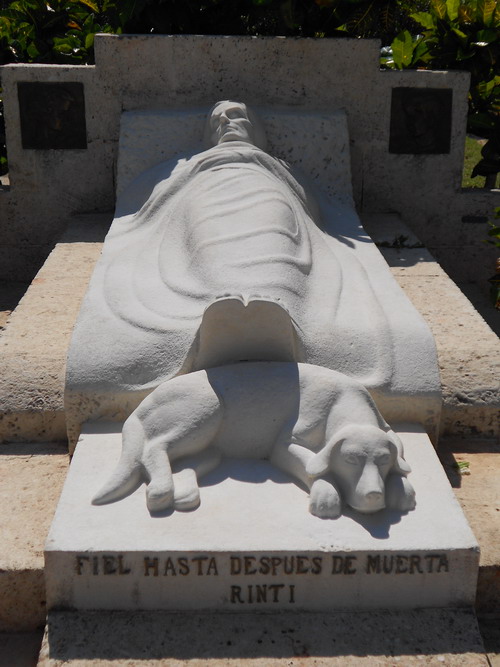 Mrs. Jeannette Ryder lived between 1866 and 1931.  In life whe was recognized for her noble work and labor in favor of the most needy.  It was Mrs. Jeannette Ryder who founded the Havana Band of Piety group that ceased to exist some years after her demise.

The story is told that Mrs. Jeannette in life had a dog named Rinti whose lineage was unknown.  But who, after his owner’s death, distinguished himself by his loyalty to her.  Those who worked in the cemetery at that time said that the dog lay down on the tomb where the remains of Mrs. Jeannette reposed and that in spite of the effort of several caretakers to throw the pup out of the graveyard he always found a way to return to the tomb of his deceased owner.

At the dog’s great insistence, the administrative authorities of the cemetery permitted the entry of the animal which in time died next to his owner’s grave because he did not want to drink water or ingest food.

The story moved the ex-colleagues of the Band of Piety, who undertook an original work of art that exhibits a reclining sculpture of the famed Mrs. Jeannette Ryder with a dog at her feet as a symbol of the loyalty of he who accompanied his owner even after death until his own death.

Today Havana also has its Rinti and reveres him with the following words:  Loyal Even After Death.  An expression which is placed in bronze letters on the back part of the mutt.