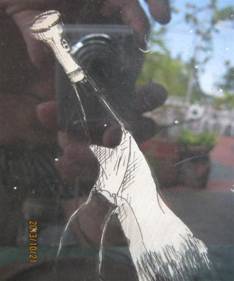 In the recently concluded Second Congress of the Hermanos Saiz Association (AHS), a government organization that brings together young artists from the art world, the three most repeated words were Fatherland, revolution and socialism.

Furthermore, most of the time were used together, as if the first had no life without the presence of the other two, which is absurd, since the Fatherland existed before the revolution and socialism, exists now, and will exist when the latter two no longer exist. The reason is very simple: the Fatherland is absolutely independent of them.

The concept of Fatherland is eternal and includes all Cubans, without exception, whatever they think and wherever they live, and is above politics and ideologies, which does not happen with revolution, which is just a temporary social phenomenon, generally violent, and socialism, also transitional, which is just one of several known social systems: slavery, feudalism, capitalism, and so on.

The use of these three artificially united concepts, is a long-standing government practice, intended to confuse the public and take them for a ride. It was denounced in 1998 by the late Bishop of Santiago de Cuba, Pedro Meurice, in his words prior to the Mass of Pope John Paul II in this city, but fifteen years have passed and the formula continues to be used by the authorities.

It’s a shame that young creators, who in all eras have represented societal forces of renewal, accept this manipulation and do not raise their voices against it. I am convinced that not all accept it (examples abound), but silence gives consent and, unfortunately, this is what has happened in this Congress, and what happened at the congress the Union of Journalists of Cuba (UPEC), and it will happen in the congress of the Workers Center of Cuba (CTC): words and more words and more of the same, unchanged.

Losing the opportunity to influence the economic, political and social life of the nation, wasting these few opportunities to be heard and, even more, to make demands to the authorities, does not reflect well on the Association or its members. Every day we see it demonstrated that, over here, the various congresses, organized and carried out under the control of the State, are only small enclosed oasis, so that participants feel they can breathe a little easier, in the great desert of national life.