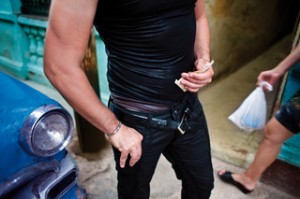 HAVANA, Cuba, www.cubanet.org Recently Cuban “parliamentarians” discussed the issue of prostitution among young people. According to the press official, they drafted strategies to face this evil, as well as pandering, widespread today all across the Island.

It is known that, since 1959, the regime openly proclaimed that women would not have to sell their bodies, since the revolution would provide work and wages. But it all ended up in the book of failure. Currently prostitution is a survival option in Cuba.

The maneuvers to eradicate it have only been from the repressive order, without hitting the target. Deportations to the interior of the island, temporary detention centers, police operations, jail for social dangerousness, and countless fluctuating measures have been implemented, but all are useless.

So I doubt that the alleged Cuban parliament has the solution in hand to solve this problem that corrodes Cuban society on a daily basis.

“No matter what profession we have, it doesn’t do us any good. Only through going to bed with tourists do we have the opportunity to visit the most famous restaurants, cabarets, clubs and hotels in the island, to buy good clothes and shoes, and to solve the pressing problems of our family, until one day we can get out of this country.” Thus spoke Yeilis, a young woman from Guantanamo, age 19, who has lived in the life for two years, in Havana. 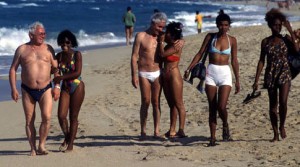 Another prostitute, who declined to be identified, said, “La Cecilia, Dos Gardenias, the Salón Rojo at the Capri, La Mesón, Don Cangrejo, El Diablo Tun Tun and las Casas de la Música, among others, are our favorite resorts to link up with tourists. Here the payments of “yumas” (foreigners) to the prostitutes range from 80 to 120 CUC* per night, excluding payments for security and surveillance, police and custodians, and bribes for the staff at the rented home.”

It is noteworthy that at this point Gen. Raul Castro laments the gloomy Cuban outlook with regard to the crisis of values, especially among youth. And while it’s better late than never, the General wasted the opportunity to recognize the direct responsibility of the regime, whose only concern over the years has been to maintain its sole command, regardless of the deterioration of “moral and civic values, decency, shame and decorum” that the nation exhibits.

Maybe his daughter, the “parliamentarian” Mariela Castro Espín, unlike the supreme leader of the revolution, could propose something more profitable to combat this scourge.

*Translator’s note: Roughly equivalent to the same amount in dollars.