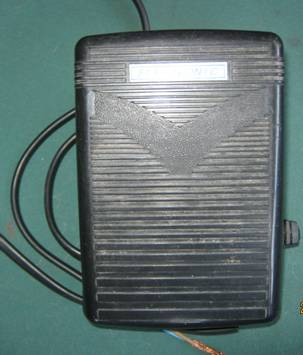 Yesterday, faced once more with the frustration of not being able to connect to the internet, my friend and I decided to go shopping in the stores of the area. She needed a faucet for her kitchen and I didn’t take any money as I went along just to look.

We got to the complex of stores at 5th and 42nd, the name it is known by. We immediately went to the hardware store and saw the few things on display in the show cases. Among them was one that caught the attention of my friend: a quick-opening faucet acceptable enough and reduced from 11 to 4 CUC. It fit within her meager budget, so she set out immediately to call the seller over to show it to her. Commenting on the price, he responded that the faucet had a defect, it leaked. So my friend rejected it and commented that she was looking for one because the one she had also leaked and she wanted to solve the problem.

After searching through the rest of the departments, all of them with so little merchandise it gave the impression there had been a huge robbery, which we commented on with one of the employees, who turned her face away to answer. It seemed more like a set to film the Cuban TV comedy San Nicolás del Peladero. We continued on, poking through the haberdashery department, where I usually buy some of the materials for my work.

I suddenly discovered in one of the display cases a brand new pedal for an electric sewing machine, and as I’d just bought mine a few year ago, it made me happy to know they still had these parts. Also it was reduced in price. The card marked 11.45 CUC had been crossed out and said 7.95 CUC. Great, I thought, too bad I didn’t bring any money, but next week when I come back here I’ll buy it.

I got home suffocated by the immense heat of the street and the delay of the buses, and ran straight to the bathroom to wash my face and hands and change my clothes for something fresher. When I commented to my husband about the electric pedal and the price cut, he told me, “Get ready, I think we should go now, because if there are only a few or only the one in the window, now is the time to buy it.”

We arrived at the store and when I asked the employee to show me the pedal that was on sale because I wanted to buy it, she calmly said, “Yes, it’s on sale because it’s broken and doesn’t work.”

“How is it possible,” I asked her, “that you put on sale in the display case an article that doesn’t work, and at such a high price in hard currency? Useless merchandise shouldn’t be put out under any circumstances, it’s misleading to the public and immoral to do so. This is absolutely Kafkaesque,” I added.

She remained silent, as she knows me as a customer, and we left there like souls possessed by the devil.

Sadly, this isn’t an isolated event, it happens with incredible frequency, being an almost common practice to sell articles that are extremely damaged or that don’t work for what they were designed, with price reductions which, even more than an attack on their customers’ wallets, show an absolute lack of respect for them.