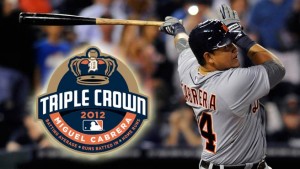 We already know that Cuba is a country of paradoxes. Around here it’s not rare to see a nuclear physicist selling cotton candy in an amusement park. A plastic surgeon working 4 hours as a taxi driver. Or a university student alternating her studies with work as a prostitute.

If there is something Fidel Castro’s Revolution has brought, along with socializing poverty, it is certain extravagances. So this is how you can understand that on an island crazy for baseball, and without any notable results in international soccer, there is a huge amount of information displayed about the match between Barcelona and Real Madrid, while the official media barely touches the career of the Venezuelan Miguel Cabrera, the first Latin American to earn the offensive triple crown.

Only the Havana radio station COCO, on its sports show, was there a summary of the feat. In the baseball corridors, in this case at Central Park, and on the corners where baseball fanatics clandestinely get information about the Big Leagues, through cable connections to illegal antennas or a pirated internet connection, the event was trumpeted in Gothic letters.

Let’s talk for a minute about Cabrera. José Miguel Torres Cabrera was born in Maracay, Venezuela, on April 18, 1983. Because of his formidable offensive power he’s known in the Venezuelan sports media as “The boy from the movies,” or “The Pope.” He played shortstop, third baseman and outfielder with the Aragua Tigers in Venezuela’s winter league.

In the entire history of Major League baseball the only ones who accomplished this were Billy Parker in 1971 and Josh Bard in 2003. That same year, thanks to his hot bat, he was instrumental in his team, the Florida Marlins, winning the World Series crown.

Facing the favored Yankees, Cabrera homered to his compatriot Carlos Zambrano, Kerry Wood, Roger Clemens and Mark Prior, driving in 12 runs and setting a mark for postseason novices.

At the end of the Autumn classic in 2003 he rejoined the Aragua Tigers and broke the ball. After 27 years of drought, his triumph in the 9th was essential to their championship in the Venezuelan Professional League.

In the title game facing the Caribe de Oriente, he connected two homers against the stellar Carlos Silva. In the round robin of the 2003-2004 season Miguel Cabrera was frenetic at bat.

He hit nine homers and brought in 32 runs in only 16 games to set a new mark in morocho baseball. And that was not all.

Cabrera and his Aragua Tigers won three trophies in later years. His major league numbers are impressive. Before that season he batted 317, 1597 hits, 346 doubles, 277 homers and 984 RBIs.

Since 2008 he’s played first base for the Detroit Tigers. Their savage offense places him among the big hitters in the majors. And perhaps only the Dominican Albert Pujols, in an arena of power to power, surpasses him as the best Latin American player of the decade in the majors.

Cabrera has been tremendous in 2012. He joined the limited list of 14 players who have achieved the triple crown in the best baseball in the world.

And he is the first Latin American to do it. Since 1967 no one had achieved it. The boy from Maracay was the leading hitter with 330, 137 hits, 44 homers and 137 RBIs, in addition to leading the on-base percentage and slugging.

I do not understand how some U.S. specialists consider Mike Trout to have better attributes than Cabrera for the MVP of the season. True, Trout has been a fabulous rookie with the Angels.

But his numbers are below those of Miguel Cabrera. Hopefully “the Pope” will continue hitting it out of the park in the play offs. This is the year of the Tiger.