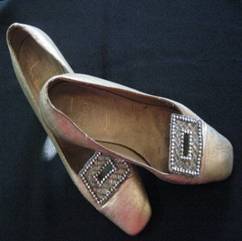 The authorities seem to have given the order to shut down so-called “shopping houses” (small private stores run by the self-employed), which now face the threat of being taken over and having their inventory confiscated. Several days ago the Council of Ministers issued Decree no. 313 and took other similar measures outlining the procedures that must be followed when dealing with goods and furnishings involved in criminal trials and subject to administrative confiscation. The decree establishes the bodies that will deal with storage, preservation and disposition of these goods as required. In other words it codifies the redistribution of the seized goods to lucky recipients in order to avoid discussion and blowback.

It is a kind of tug of war. One day something is authorized but, as soon as enterprising citizens see a way to legally improve their economic status through their own initiative, it is outlawed. There is no way to advance, only regress to the same old stagnation, which kills off any hope of real change.

These actions are repeated so often that the “updating*” has become like bubble gum. It is a continual back and forth, constantly inflating and deflating, losing credibility each time. Increasingly, the policy is not being taken seriously by citizens, who have not lost their ability to think for themselves.

As long as the authorities fail to offer a realistic program, they will just keep wasting time. Without a well-defined and clear roadmap for solving the nation’s crisis — one without so many potholes, detours and backtracking, all summed up in some generic “guidelines” which are more theoretical than practical — everything just gets more complicated and any solution just becomes more difficult.

How nice it would be if they just put their feet on the ground, set aside failed utopian ideologies, and stopped hoping for new Messiahs to come along and “pull their chestnuts out of the fire.”