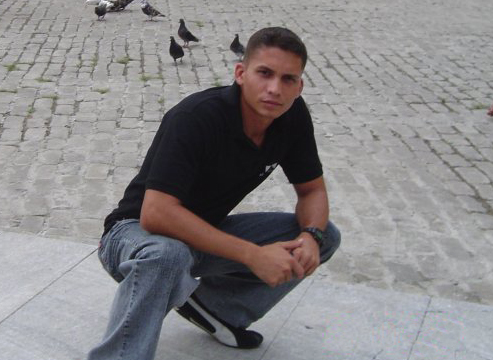 He’s brought Raul Castro an excellent opportunity to demonstrate the possible honesty of his words. In the handful of years during which he’s been the regent of this feudal family that is the whole Island, the younger of the Castros has never stopped repeating a maxim in his sharp voice and as if it were revolutionary: “Let everyone say what he thinks, let everyone criticize with sincerity, and their disagreements will be heard.”

Now that Eliécer Ávila, a young man of 25 from the countryside, without international awards to worry him nor family abroad to mitigate his unemployment, has returned to the news, Raul Castro, were he interested, could give proof as an example of his attention, showing that when he speaks, he means it.

How? An infinite number of possibilities come to mind: a five-minute phone call ordering a certain pockmarked vassal: “The next guest on the Roundtable TV show will be the young man Eliécer Ávila. The program will be the same length as his interview on Estado de SATS, two hours, so you will have equal time to analyze the critiques of a young revolutionary.”

I recognize, with an insolent itch, that my imagination can be unfortunately fertile. Because not even Raul Castro is interested in demonstrating some truth, nor does he have to in a country that only obeys, never demands: nor are the claims of its weary citizens of interest to him, much less those of a boy from Puerto Padre, a village almost adjacent to his native Birán, which he wouldn’t know how to find on a map of his country.

After listening to the two hours of dialogue where the now unemployed computer engineer and ex ice cream vendor, giving vent to his catharsis of nonconformity and undisguised rage, I thought again of the same thing that happened three years ago when Eliécer Ávila became an underground celebrity: the most beautifully sad thing being that he doesn’t speak for himself alone. In the throat of Eliécer Ávila are the voices of millions of the enslaved, whom biology hasn’t given the balls to make them worthy of licking his boots.

As during that questioning of Ricardo Alarcón de Quesada, Eliécer has exploited again, without even knowing it, a factor which determines the impact of his words: he is an exponent of the rebellion of the most humble, the lowly, those just now coming to life (he’s 25) who refuse to accept the destiny of their parents, of their grandparents; this destiny in which they grew up, came to awareness, and which they are no longer afraid to begin to face: the tragedy of living in a country without dreams or aspirations.

Leaving aside the obvious historic references in which he rests his ideals, ignoring the reading and study that this computer scientist with a humanistic vocation displays in spades, the best of all is that the discourse of Eliécer Ávila is not a political discourse. This, I believe, is the heart of his enormous reach.

Even to those in politics in its pure state it seems to us a lamentable but essential matter, without which a social entity is incomplete, the tone in which some of the discordant voices on the Island confront the establishment weighs on us at times. It sounds to me like hollow discourse, shouting, an archetypal method with its valid reasons but not defensible ones.

And the great thing in the personal history of this computer engineer, is that the disillusionment didn’t come at birth. It came from his own learning.

Eliécer Ávila was president of the Federación de Estudiantes de la Enseñanza Media (FEEM), Federation of High School Students, during his pre-university years. Those of us not that removed from the Cuban school year can attest to the atrocious indoctrination, the machinery of manipulation that young “cadres” are exposed to convert them into what the Argentine Guevara promulgated: the basic clay of the Revolution.

After those three years of high school, Eliécer Ávila led an Information Security project at the University of Information Sciences (UCI) where he studied. Needless to say that in the school pampered by el Comandante, the school that is the apple of his eyes, the doses of ideological injections are doubled.

Because of this he had to challenge with his native words and his (our) eastern accent the member of the Island Olympiad whose title is President of the Parliament and who is only worried about the fates of the five members of Cuba’s Wasp Network, imprisoned in the U.S. Because of this Eliécer Ávila couldn’t escape this opportunity of the gods, the ultimate circumstance; that moment in which he held in his nervous hands a notebook with precise points, and freed a part, barely a portion of the questions that millions of Cubans have choked one without ever finding the courage to express them.

And also because of this, facing the questions of the moderator Antonia Rodiles at Estado de SATS, three years after having come to the attention of the country and the world, Eliécer Ávila returned to the headlines: it is not usual for a Cuban “in Cuba,” and even more a Cuban not linked to any formal opposition group, to express with such naturalness (and so much oratory talent) his distance from the official doctrine under which he was raised biologically and cerebrally.

Cubans now replay this interview in their homes. They comment on this talk show with relief, they quote it, talk about it. They heard him say that he feels cheated by a system that allowed him to study information science but then left him hopelessly unemployed. In Puerto Padre, Eliécer Ávila receives the social payment for daring so much: a lemon vendor doesn’t charge him (he tells us from his Twitter account), a woman takes off her sunglasses to confirm that it is him, and gives him a wink of complicity and admiration.

Today, relying on the telephone as the only solution, I spoke for some minutes with this guajiro from Puerto Padre to whom, as I said myself three years ago in another text, every worthy Cuban owes a handshake.

Precisely in the name of those, those who admire and celebrate the rebellion of the righteous; those who yearn for a country of hope and promise, where their children don’t need to flee like ruffians in search of fortune and freedom; in the name even of the readers of this writing; of those who died waiting for sovereign voices like Eliécer’s to sing out of tune with the official choir; and those millions of his compatriots who find in his courage the only reason not to lose faith, from afar I offer him gratitude impossible to quantify, and a subtle warning: your country will not forget you.