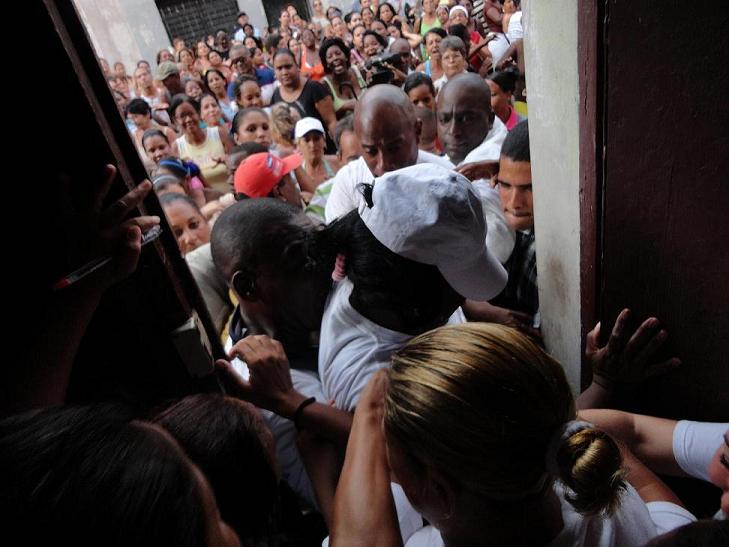 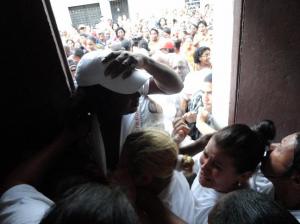 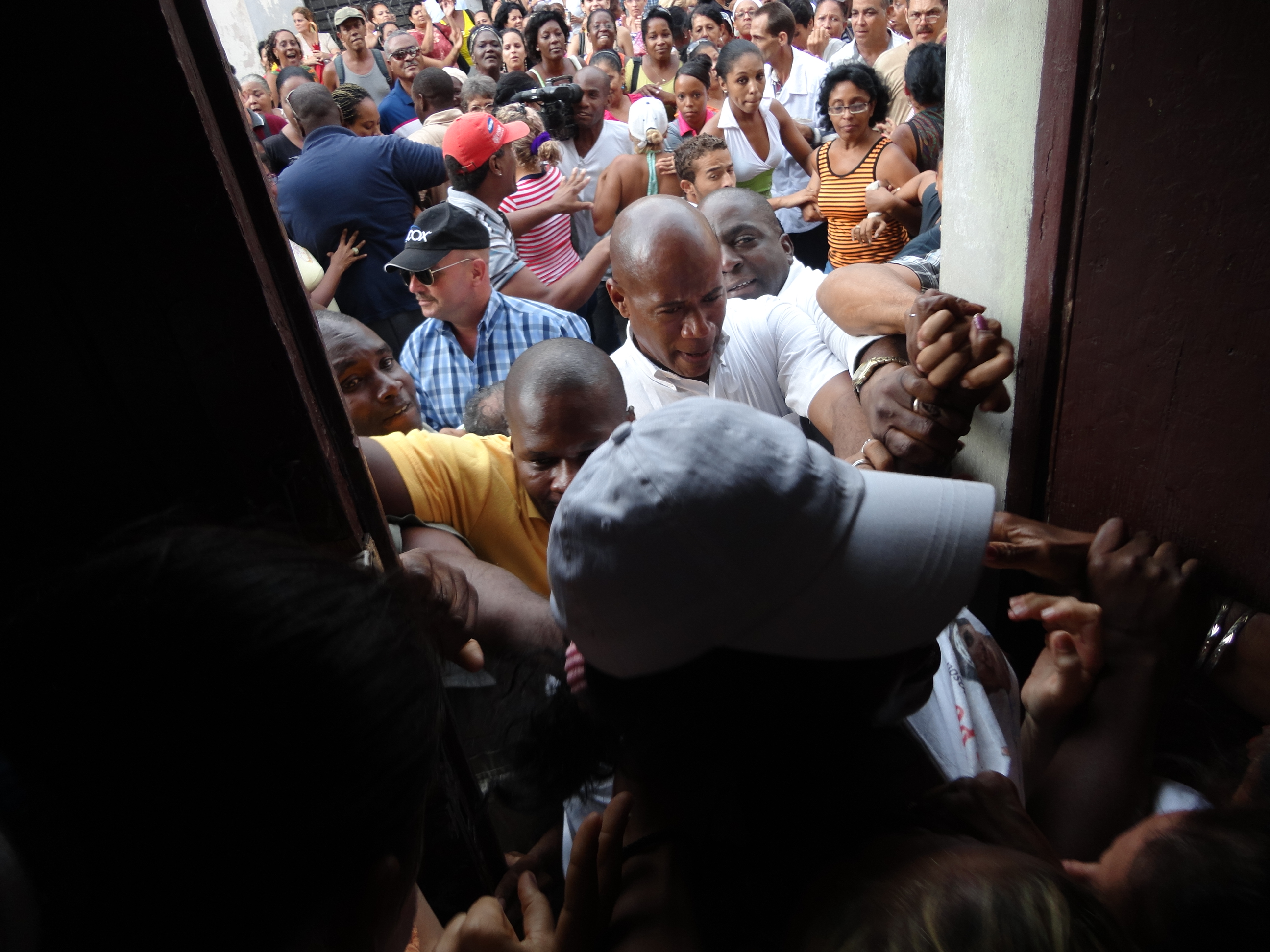 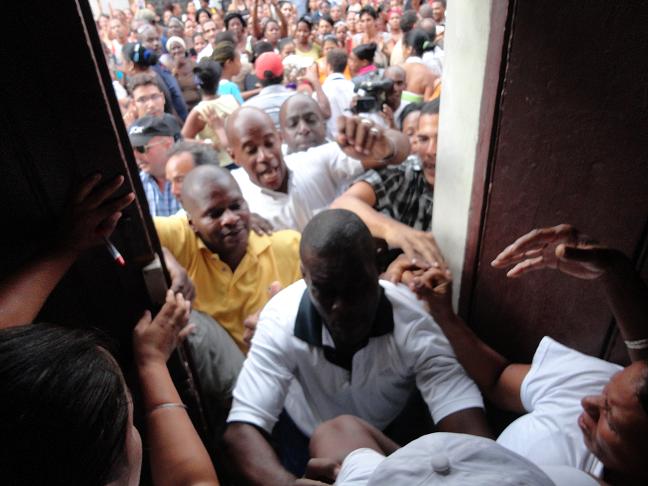 Yesterday I decided to go to Neptune Street between Aramburu and Hospital Streets to see about and receive impressions of the site where from 7:35 in the morning on Friday until today, Tuesday, September 25, the repressive organs have established themselves in front of the headquarters of the Ladies in White.

At some point in the afternoon when it came time for me to decide between leaving or staying home I made the second choice. I imagined myself in the situation of a person who avoids plunging into very cold or very hot water, and you just put one foot forward or imagine you can but the body and soul hang back, avoiding the danger.

The news came by word of mouth: the street and house were under siege, it was impossible to reach them. They had ordered the employees and students from the University of Havana to go there to repudiate* them. The Federated University Students (FEU) “extras” and a platform with singers were making noise, while State Security agents were stationed at the door to prevent the Ladies from leaving to go to Church. The extras in Cuba have become somewhat macabre, I always perceive them in slow motion, the government uses them to repudiate while the mob, brought in for the occasion, beats the opponents.

No one imagines that immensely apathetic people who participate in an act of repudiation, under orders sent from the top of the pyramid of power in Cuba, have the least interest in either in changing their destinies or in defending this government from the threat of a group of women who protest in defense of the rights of all Cubans not to go to jail for dissent or for denouncing the regime, and who fight for the release of those who are now prisoners under conditions difficult to imagine, and even to believe on hearing their testimonies.

I remember the legend of the martyrdom of St. John of Patmos at the Latin Gate, and the poem. Surely as part of my quest to continue to protect my shell.

Finally a feeling of frustration invades me. I can’t write about anything else. At night the number of Ladies in White imprisoned was confirmed to be more than 60.

Meanwhile at my daughter’s school they are preparing the children for the Young Pioneers scarf. A picture of the Castro brothers on one of the walls of the classroom and portraits of the five State Security agents (the “Cuban Five”) — colleagues of the abusers besieging the house of the late Laura Pollán — appear in the childish imagination as heroes of the fatherland.

Those are not my values nor the values I want my daughter to learn. I would be difficult with her five years to maintain two meanings for the same symbols; because none of these people are completely real to the child’s perception, fairies are more real. It’s me who’s looking for the morals and hope of all these childhood fables, where being brave and telling the truth don’t leave you completely alone against the forces of evil.

*Translator’s note: The nature of these “repudiation rallies” is clear from the photos in this post. The regime often claims they are “spontaneous uprisings of outraged neighbors” but in fact people are routinely bussed in and the actions are planned in advance. In at least one case, confronting the regime with knowledge of a planned “spontaneous rally” and demanding its cancellation was successful, at least in cancelling that particular action.