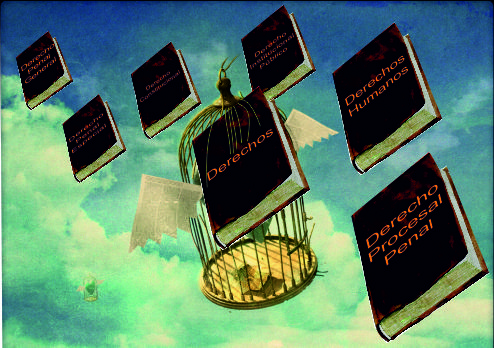 In the Cuban Penal Code, in Title 1, Preliminary Disposisions, Article 1.1, we read:

This Code has as its objectives:

– to protect society, persons, the social, economic and political order and the State system;

– to safeguard the property recognized in the Constitutions and its laws;

– to promote the full observance of the rights and duties and citizens;

– to contribute to forming in all citizens the consciousness of respect for the socialist legality, of the performance of the duties and the proper observance of the norms of socialist coexistence.

Let’s try to analyze, albeit briefly, the objectives that the current penal code establishes, starting with the first: to protect society, persons, the social, economic and political order and the State system.

This first objective begins, to protect society, persons … in that order. That is, the first is the society, only then the people. Allow us, however, a brief tour of History.

The individual, the person, is first that which arises from the civitas which is nothing more than a creation of man. All who have dealt with the appearance of man on earth agree that homo sapiens predates the creation of society.

Moreover, this formulation reminds me of that controversial and much-quoted French philosopher, Jean Jacques Rousseau, who through his formulation of what he called the general will, many saw the intention of disregarding anyone who thinks differently or disagrees, or belongs to a minority, or deviates from majority behavior …  which can be achieved in many ways.

In other words, since it is easy to argue that the rights of all come first over those of a few, the reduction of those few, with controversial arguments or not (or with force) can be easily justified, especially if what comes next is … (to protect) the social, economic and political order and the state system.

This formulations should not surprise us at all because Vladimir Ilyich Ulyanov had already left us with “the law is nothing more than the concentrated expression of politics” and the expression of the penal code under consideration shows us exactly that.

It is interesting to contrast this article with the same title and section of another code, for example, that of our Latin American sister republic of Colombia. It reads:

Title I, Article I: Human Dignity. “Criminal law will base the respect for human dignity.”

And if what this is about is the importance of our having the rights and individual freedoms endorsed by the UN Covenants on Human Rights, then the Preliminary Provisions of the Penal code are — in terms of rights and freedoms and in my opinion — a bad start.