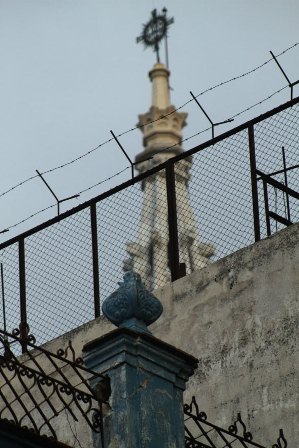 On Friday, the TV News announcer read a press release to inform Cubans that the thirteen people who were invoking the protection of the Catholic Church to protest the situation in Cuba, and who had refused to leave the temple of Charity in Havana, were finally evicted in 10 minutes.

The statement ended with the claim that these people had wanted to bring about a crisis that could be avoided. The means for carrying out the eviction was the order of the bishop, who surrendered to the authorities: the police and state security.

What a lack of gracefulness on the part of the Church! Which urges people to escape the political issue in its temples but considers the Pope’s visit from the diplomatic perspective. There is no reason to open a process, not because of the condescension of the government, but because enjoying the protection of a sanctuary is not a crime.

There is no crime more than that of the man who will not see — as St. Paul would say — with the mind of Christ, which unfortunately seems to be the case with the Cardinal. The Catholic Church has an excellent school of theology but it is cold, very cold. It should return to its first love.

From the moment when the thirteen people were taken to a police station the political tension is evident. The temples have historically been a refuge for citizens from the political authorities, but Cuba does not respect any law, and now it seems that nobody does, not even the Cardinal, with his Vatican education. These thirteen people do not have to be saints, if the Cardinal believed in God and not a politician he would have realized that when we refuse aid to a person whom it is in our hands to help we could be ignoring a messenger of God more worthy than the Pope himself. 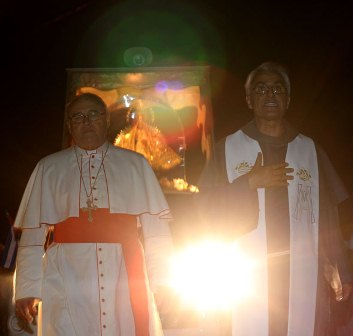 People have the right to peaceful protest to demand change. That which puts the situation in crisis is the Cuban government  which does not want to be removed from its desperately sad power. And the Church is behaving more like a politician than as an institution protective of human rights. Because it seems that Cuba is condemned by the national — not universal — spirit: abuse, cowardice, boorishness.

The tackiness of the dictatorship of the mob, of the underclass, does not consider the subtleties in a Society. If you stand in front of a police station to protest against the arrest of a Lady in White, the ignorant mob authorities will take you in for disorderly behavior, without considering that a peaceful protest is a means of dialog with power.

Besides, he police to not protect citizens from the arbitrary power of the State, but rather protect the State against the citizens’ protests and actions to demand changes. So, the last thing you would expect is that the vicars of Christ would behave in without the gracefulness that, since the Middle Ages, has supposed a temple to be a beatific and superior shadow superior to any secular power.

Cuba: the rabble, uncouth. I’m not expressing myself for the freedom of this land that ended up killing its Origins. I only dare to fight, with the weapons of the Holy Spirit, for the rights and freedoms of my family, my friends, those close to me, who will continue to believe until the end of time in Christ Jesus.