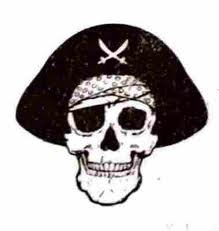 In Cuba we have six television channels, but at 8 p.m. our options narrow, because the national news (the primetime program) is broadcast repeatedly on three of them (channels 4, 6, and 27), we are treated to sports news on channel 2, on channel 21 they show a documentary (the ones during that half hour are generally less interesting), and on channel 15 they rebroadcast (they never show it live) the “friendly” news show from TeleSur. Our satellite newscaster “informs” us how well things work in Cuba in contrast to other countries, mainly capitalist, of the world. He tells us of the abundance of products in the markets, “satisfied consumers” are interviewed, and the magnanimity of our government is sugarcoated daily. So in the face of such “marvels” I am quick as a hare with the remote control, surfing through channels and looking around in the scraps of programming for topics which I expect won’t make me nauseous.

There is a journalist on the TeleSur program who wears an eye patch in the old style of buccaneers and pirates. They say he lost that eye in a helicopter accident during a mission. His image strikes me as somewhat grotesque, because I think that his warlike nature and the blackened eye-socket which highlights it are part of a well-modeled image of the militant journalist committed to a 21st century socialism without manual or program, who bases his raison d’Ãªtre on the perpetuity of the power of the strongmen and on the fight against the “Empire of the United States”. I have to give credit to this man, the anchor of “Dossier”, which opens and closes with a catch-phrase, saying that it broadcasts “from our beloved, contaminated, and only (here he raises an index finger) spaceship”, referring to Earth. I credit him and his production team, because it seems that they are getting their signal out to various corners of the Milky Way. That feeling leaves me every time he uses that unnecessary sentence to refer to his location. It wouldn’t surprise me if on the same program we found another host wearing a surgical mask because he had a decaying smile or was missing his teeth. It would simply be yet another eccentricity.

TeleSur, with its headquarters in Caracas, and which counts on financing from Ecuador, Nicaragua, Venezuela, and Cuba, among others, is transitioning on its journalistic path toward the “Cuban disinformation style”, evidence of the protective and consultative role of the largest of the Antilles in that Latin American media outlet with international distribution. It is an echo discordant with democracy and anachronistic in a particularly fashion to repeat the formulas of this long-lived, mature, and failed sociopolitical and economic experiment, and to adapt them to a project which claims to promote regional integration in societies where, despite the influence of our Antillean archipelago, plurality still survives. What would be fairer with respect to the realities of our brethren to the south is the exercise of objective, impartial, and truthful journalism in which there is no need, as there is in Cuba, for recourse to the “censorship patch” or the “surgical gag” to violate their people’s rights and deceive them with disinformation and manipulation.