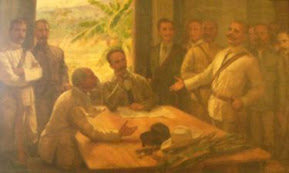 It’s been a few days since I got to chat with a Uruguayan man who announced to me “I hate Fidel.” And, after we exchanged a few lines, he informed me: “I won’t got to Cuba until the era of the Castros and their communism is over.” I assured him that he would lose the opportunity to get to know, with his own eyes, a unique experiment that maybe won’t be repeated in the history of humanity.

He assured me: “If I go to Cuba they would catch me because I’m opposed to the system and I make that public.” I again affirmed that it would be another good experience in that there was a big chance that he wouldn’t have the opportunity… He was surprised by my response and he wrote it down so that I could reread it and, sure of myself, correct my mistake. And I again reaffirmed it… After a space of silence he responded: “I prefer Cancun.”

Surely he went away with the suspicion that I am a maniac or sadomasochist who encouraged him towards suffering. To finish, I assured him that what he would come to know was that my reality is my problem. Especially knowing that those who govern my country for last fifty years, instead of peace, planted guerrillas in Latin America, that didn’t serve any purpose but to augment the pain of its nations. In this case the Tupamaros were made to follow Raul Sendic, or the Montoneros in Argentina, and the Che’s disaster in Bolivia, and that of the guerilleros in El Salvador, who because of so much killing assassinated each other, like the agent, combatant and poet Roque Dalton. And we continue in Brazil, Nicaragua, Colombia, Venezuela, and many more, in some places with worse results than in others.

One wick that we burned and that lasted several decades until thousands were left dead in the confrontation, and later we didn’t move a finger to stop the slaughter.

In any case, if I were able to put myself in the place of the Uruguayan, here is what I would have liked to have heard. Because if I had the opportunity to enter and leave the scenes, like in a play at the theater, according to the circumstances, I would have spent a few hours or days with the Jews in the concentration camps during World War II. I would have spent my weeks accompanying Mohandas Gandhi. I would have entered the rescue of Paris with Hemingway. Or I would have been in the reunion of La Mejorana, waiting for the dawn to accompany Jose Martí to Dos Ríos and die at his side.

It’s true, the responsibility falls to the Cubans. All we have to do is take it. Affecting a reality that they have stolen from us. Let every minute carry with it the grief and agony of millions of compatriots who cry out Freedom.