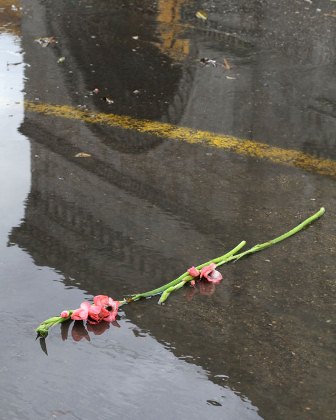 Fifteen days ago I started reading The Power of the Powerless by Vaclav Havel. It is very well explained there how the attitude, alone, of living the truth and restoring morals and responsibility, converts the individual living in a post-totalitarian society into a political force.

And it’s true because you don’t wake up one day wanting to be rebellious. I have thought a lot lately about the real possibilities we have — those of us who actively dream — to make  changes for Cuba from Cuba.

Nothing guarantees that my fellows, accustomed to living in hiding so as not to look for problems, will decisively support this dream. As nothing assures me that there are not crosses on the path. And so I put myself in the hands of God the Father, that Christ gave me. I have faith because I know that nothing can contradict the will of God.

But I had not been freed from the hate and the bitterness until this afternoon when I have been talking with brothers who have awoken before me and who having suffered much, as Christians who believe in love and forgiveness without renouncing their transgressive attitude to live in the truth. In love, to its ultimate consequences. I don’t want to forget this because it is something I lack.

We Cubans have been subjected to ideological pressure that has warped our humanity. Not a police officer nor a soldier passes by my side that I don’t make a face of disgust and even hatred. And I do not forget, it even shocks me, that there is a human being within them. Not to mention those symbols, objects, criminals, who only come out on television and don’t walk the streets like I do.

That a person who has suffered much more than I have, one of the 75 of the Black Spring, has spoken to me of love to its ultimate consequences, and that this doesn’t mean that we should stop fighting for our freedom, has made me lose sleep at 4:46 in the morning, which is the time marked on my clock at this precious moment.