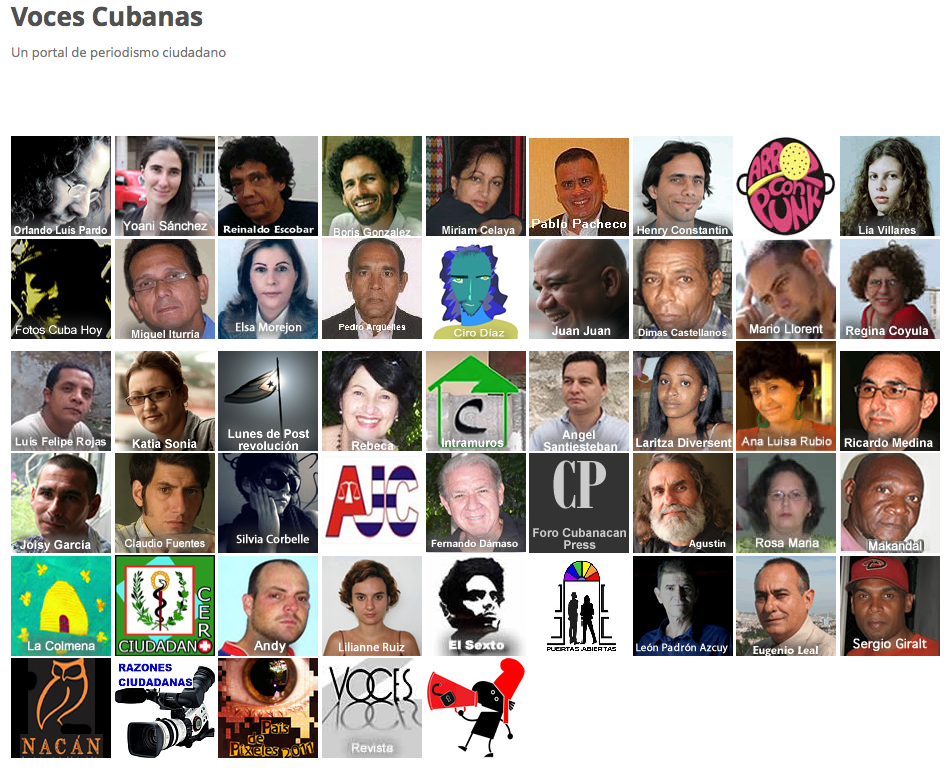 From May 29th until today I could not open VocesCubanas.com, the alternative platform that contains my blog Island Anchor. As I thought the “closure” could be only be in the Spanish Levante — I live in the province of Castellón, in the community of Valencia — I called  followers of my posts living in Zaragoza, Madrid, Canary Islands, but none could access “Cuban Voices” nor enter my blog, not even from Google by searching on the titles of the last texts.

Coincidentally, Wednesday May 29 was the last day of Yoani Sanchez’s stay in Madrid, where she delivered a speech at the ceremony for the Ortega and Gasett awards, given by the newspaper El Pais; the next day she was received in Havana by family and friends while the Spanish newspaper reproduced her words and pictures with former President Felipe González and other figures of the Spanish Socialist Worker’s Party (PSOE) and the media.

No one should be ready to think that the closure of the Voces Cubanas portal in Spain was a way to lessen the impact of her words and to annul any commentary on her extensive tour of Americanand European countries. But who benefits from the silence of censorship? Who gave the order to disconnect? Where and by whom was it executed? The answer points to the officials who monitor the news in the Cuba Embassy in Madrid and to the Island regime’s network of consulates in the Iberian Peninsula.

It is not the classical theory of conspiracy; the Castro regime tactic is very old and the order stands, the diplomats-cum-State-Security-Agents executed it based on a Guide to events that demystifies the Havana government’s propaganda. They simply overload the networks, hack pages, multiply the trash emails against some, and “take the offensive” against others, even in media such as El Pais. The rest is up to time and the naive who are silent before the long arm of censorship.