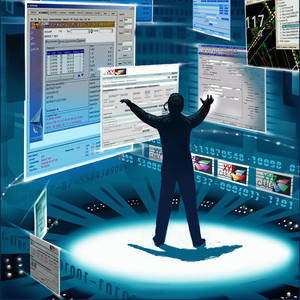 The phrase is attributed to the old Bolero; I’ve only heard part of the chorus and it says that everything will be the same when one of the members of a loving couple returns to the marital nest. It’s also used in colloquial speech in Cuba to emphasize that something remains, monotonous or not, immovable.

In recent days the old melody has been running through my mind on seeing Nicolas Maduro arrive in Cuba on his first visit as president, and the agreements they he signed with the Antillean government.

He came just for that? Like on a vinyl record with its “technological scratchiness,” the tonality more or less new — and noisy — for Venezuelans, seems to me coughed up by an outdated jukebox from the 1950s. I don’t know about Venezuela, but here the longevity script of the totalitarian regime constitutes a verbal rather than an ideological splash, and everyone knows it’s the same rhetoric from forever to guarantee the continuity of the leaders and the group in power.

Imagine the fabrication of mental medals and diplomas that they are sowing in the conscience of Venezuelans to be able to continue manipulating with a populism of false recognitions. The biggest and best medal that can be given to a person or to a people is that of true respect and consideration, with a sober management and conduct, responsible and democratic that represent the genuine interests of a country and they are truly at the service of the nation.

The democratic “bad company” and the immobility of the Castro totalitarianism makes many look with suspicion on all those who come to the presidency of their respective countries and call themselves friends of the old Cuban model. They can’t not create new paradigms with decrepit mental structures and policies.

The world turns and Cuba looks like a stationary satellite almost as old as the almendrones – the old American cars — that roam our streets. And speaking of a satellite, a few days ago we heard the news of the launching of the Ecuadorian satellite Pegasus.

My ancestors from Spain exterminated the aboriginal population of our soil and we see how over the space of fifty-four years, a family also descended from Spaniards — from Galicia, the land of my grandfather — makes us travel on the back of technological development, while other governments of our continent initiate the take of with their “first compatriots” toward a more humanistic track and take flight to modernity. At least they try, the Cuban government doesn’t even try.