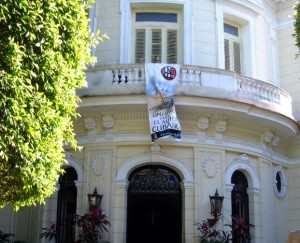 HAVANA, Cuba, October, www.cubanet.org -The overall control the authorities have established over the publishing system, promotional spaces, travel agendas, and whatever takes place on the country’s artistic-literary plans, brings many writers together in a kind of mafic that some prefer to call a “clan,” a “pineapple” and other words that mean the same: “Interest groups.”

Joined by friendship and affinities of aesthetics, politics, generations, race, sexual orientation, or simply for advantaged access to publishing opportunities, spaces of influence or prevalence in the rarefied Cuban literary market, those involved in this war of interests defend, by any means, the groups chosen for their personal realization.

In a country where everything is measured by the common denominator of the unconditionality of the regime, these groups, driven to certain tricks that allow them to expel or disqualify others, living together without public displays of animosity, but alone tripping each other up, setting dirty traps, and making use of their space gained at any price for their works, styles, shapes and themes: these are the literary reference points of the nation.

That’s why the Cuban literary mafia, beyond their ambitions for or vision of the national literature, share control, participate in book presentations, and even serve on contest juries that know ahead of time who will win, or organize a story or poetry anthology where members of each group appear in equal parts, like a pact of honor among mediocre authors who represent the interests of the clan.

For many years, and in the corridors of clerks, careerists, believed, and other members of the various literary trends, walking the gardens of UNEAC (Union of Writers and Artists of Cuba) — mojito in hand — among other places of cultural interest, four denominations have arisen to “characterize” each group in the national literary watering hole.

The first, baptized The School of ’Socialist’ Realism (also know by its rivals as The Penis Club), brings together the macho egocentrics who call themselves realists, “filling key posts in magazines, publishers, and the country’s promotional institutions, despising other current modalities. Their totem is Mario Varga Llosa.”

For natural opposition, the second group is called The Pink Mafia, with the principle characteristic of its coreligionists being homosexualities. The defend fantasy and absurdist literature, and their works revolve around the issue of gays looking for a place in society. They are belligerent, to the point of scandal, toward their counterparts in the Penis Club. Their idol is Virgilio Piñera.

The third is called The Black Colony, because it “brings together individuals of this race united in asserting their neglected rights in a mass mixed-race yearning, at all costs, to pass through Aryan, Nordic, Slavic or Latin, according to its spokespeople.” Their literature is a provocation, conceptual, deconstructivist. Your guardian angel is Severo Sarduy .

In last place, The School for Wives, whom The Penis Club call Clitoris Hall, or Hell, due to the fickleness of their demands, and a fierce feminism which advocates a generic discourse to gain areas of sociocultural emphasis, and is uses to achieve their purposes. Their idol is Simone de Beauvoir.

These and other qualifications heard at gatherings, exhibitions, bars; or read in publicized controversies in literary magazines (Yoss), and books such as Questions of Water and Earth (Jesus David Curbelo), show us the interior panorama of an exclusive literature, divided and censored, that lost its influence on the cultural heritage of the nation.