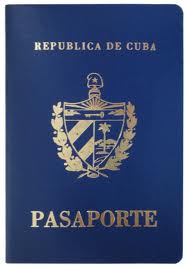 Raúl Castro spoke about the laws governing Cuban emigration, giving hope to the citizens of Cuba that they would gain the freedom to travel, a right enjoyed by all people throughout the work, Cuba being the exception.

The purpose of the law on emigration is to tie the hands and feet of the country’s professionals. Since there is no acknowledgement or incentive allowing a worker to enjoy the fruits of his labor, the government knows that it cannot open the gates since it would be left without the productive workforce that a country needs.

This change to the emigration policy is still eagerly anticipated, but time passes at the speed of light and there has been no adjustment to the law.

The blows to the gut that the government receives from athletes is nothing more than a response to the refusal to let the sports of boxing and baseball compete in professional leagues; athletics and volleyball are a different situation. They complain and humiliate the government with “treason” (leaving the country), but it is the government that forces their decisions.

Organizations with travel privileges such as cultural institutions, which have seen an increase in trips abroad by actors and singers who participate in international cultural exchanges, give the impression that the situation for travel in and out of the country is improving. But those who leave have the confidence of the government. They are the 95% who return to Cuba, with Carlos Otero* making up the remaining 5%.

But what the average Cuban wants is the freedom to leave when he sees fit, not when the government decides he can leave.

*Translator’s note: A popular Cuban television personality who defected to the United States with his family while on a trip to Canada in 2007.