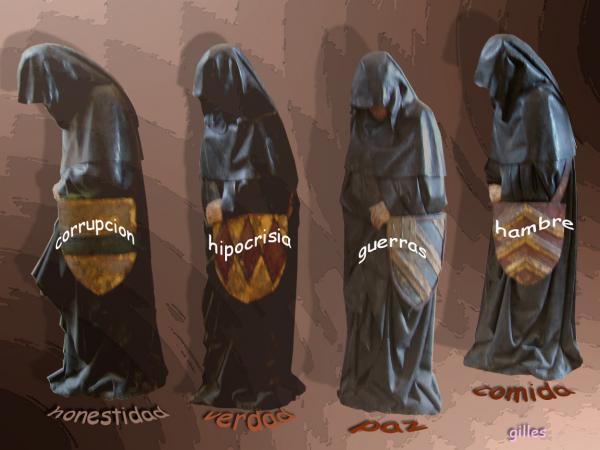 In Spain there are those who believe that we foreigners should shut up until we know how the country works, which takes time and learning. Other people usually ask us about current national hot topics and explore what we think about some minister or opposition leader. As I’m more passionate about culture than politics, sometimes I answer with some silliness, because I sense that my interlocutors are coming from their own circumstances and their ideological perception.

The most recent question they asked me Friday from Cuba about the corruption in Spain and how it compares with that on the island. To be brief, I’ll start with the press in both countries. As for Cuba, I find two articles published today on Cubanet handy; one my Miriam Celaya, “To be corrupt or to not be corrupt, that is the question”; and “Corruption in Uniform” by Marta B. Perez Roque. I suggest reading them, because they both agree that the problem is widespread: “… For the powerful it’s a way to get rich,” and for “ordinary Cubans it’s a way to survive.”

With regards to Spain, I suggest reading Joseph I. Torreblanca’s article that appeared on April 24 in the blog Cafe Steiner, on the Civic Circle of Opinion about corruption, made in Madrid with the participation of four professors who exposed an ethical, legal, economic and political problem. In summarizing the meeting Torreblanca said:

Not to delve into cases of either country and to avoid generalizations, I prefer to remember that corruption is a universal problem with deep historical and cultural roots inherent greed and temptations.