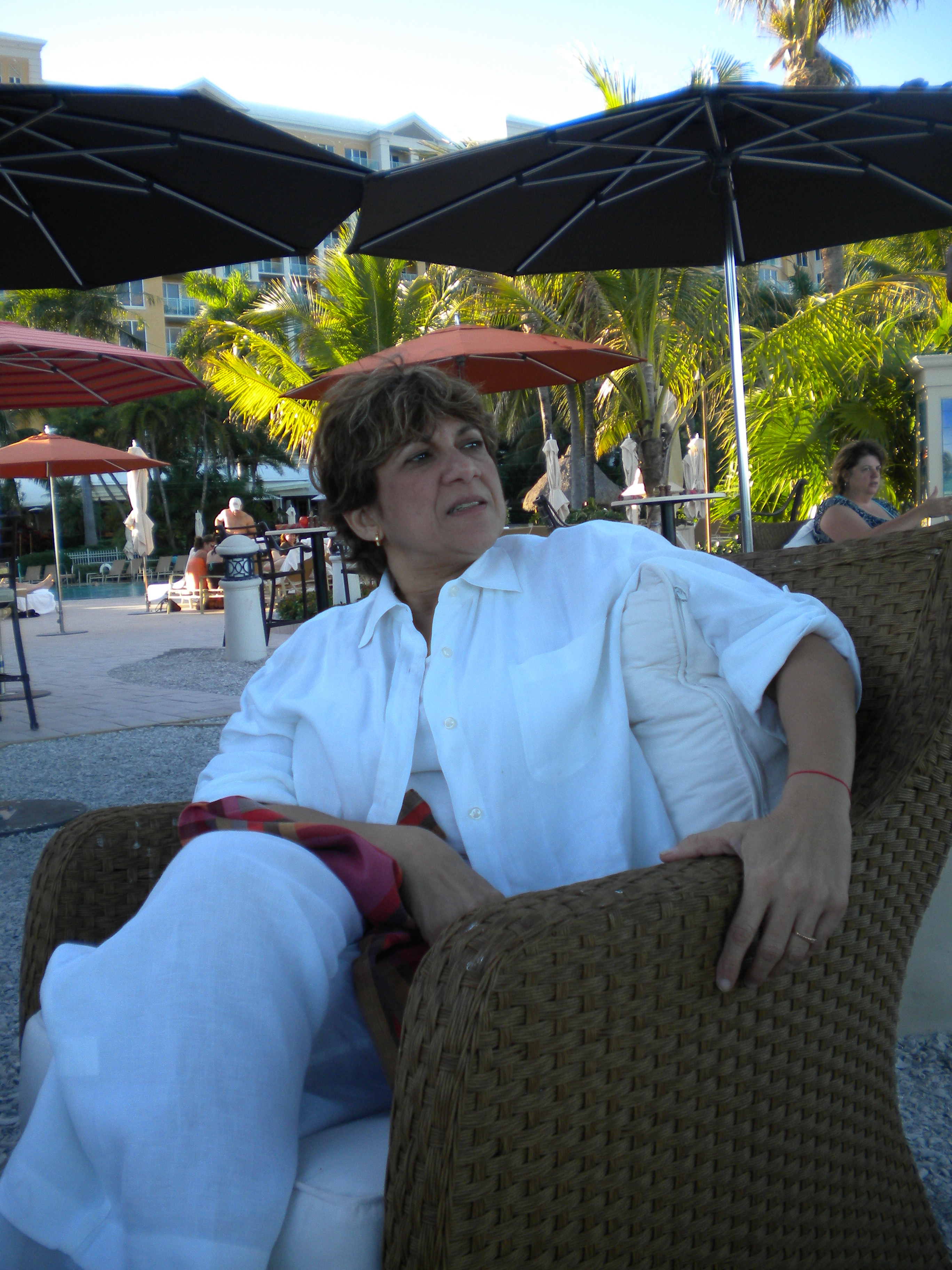 JJ In school, they taught me that “the order of the factors rarely alters the product”. Today I’d like to start where I should have stopped. How and where did you find out that the Cuban authorities wouldn’t permit your entry to Cuba, your country?

GS It was strange. About a couple of years back, a good Cuban friend who came over in 1992 had a sick aunt in Cuba and her parents didn’t want to return to the island. My friend was very worried about her aunt’s health, and asked me to go with her to the Cuban consulate in Washington to complete the process for her trip. There I found out that only Cubans who left Cuba before 1971 could travel to the country without a Cuban passport. If you came after 1971, a current and authorized passport is needed, even having another citizenship. “How?” I asked her, “I don’t understand this”. But I went with her just the same — she is a magnificent friend, and Washington DC is a fascinating city.

The consulate is a horrible place, plastered with pictures of Fidel and “El Che” Guevara. It seemed unbelievable, shameful and shocking, to beg permission to enter your own country and to be treated like a dog. It was mindblowing that my friend should have the inescapable obligation to explain the motives for a trip as private as these were.

In such a strange surrounding, my curiosity was piqued and I wanted to know the requirements to be met to visit Havana. I left Cuba in 1959, and so I told the man. He looked me up and down like he was looking at a Martian, and after asking a mountain of strange questions, went into a small office, came back with various papers, and putting on a face from a horror film, said, “Georgina Isis Sosa, I need the passport with which you entered this country”.

Imagine. In 1959, I was two years old. How am I supposed to know where this passport is? I couldn’t answer him, I looked at him as if to say “but you’re nuts”. The man seemed to have thought it over and wanted to straighten out his nonsense, then he took a breath and told me “Your last name is known in our homeland. I can find out who your father was, and you probably already know that with that last name, we aren’t going to let you enter. If you want to take the risk of entering Cuba, it’s your problem, I won’t guarantee your safety.”

This effusive explanation left me somewhat surprised, and more, when the man directed himself to my friend saying, “And you, Miss, running around with these worms**, came to this country. Imagine had you stayed in your country, now you’d be a doctor”.

JJ There is no return without a departure. You left that island barely a baby, tell me about your family, tell me about that Havana that reigned in your fantasy and perhaps today at night appears in your dreams.

GS That Havana lives in my heart, it has always been there. My parents taught me love for my country. I remember how determined my father was, showing me every nook and cranny on the map of the Cuban island. The story of José Martí. The description of the carnivals. The countrysides. He did it with an immense passion … you saw it in his eyes. I remember standing in front of the United Nations building, being maybe four years old, carrying with tremendous honor the American and Cuban flags.

My father was a member of La Rosa Blanca**. With them, I learned to feel and respect the love for a country that, although mine, also belongs to all Cubans. For me, the biggest thing would be to be able to stand on the land that my parents taught me to love; feel the breeze my mother told me about, know Varadero Beach, smell the humidity of Pinar del Río. See, feel, and touch that which I saw, felt, and touched in the stories my mother told me.

I grew up in the United States, in New Jersey, the Cuban who lives or grew up in Miami is different. And I say it with a lot of respect because if something unites us all, it’s that we feel the same for that corner of the planet that we wear on our skin as if it were a wound.

Many times I wonder, my God, is this normal? I don’t know for what reason our land has suffered so much hate and so much bloodshed. I think we have to cure that.

JJ You came to the United States. You studied, you worked, and you found a version of history that in its books sanctions your father. Tell me a little about that, how did you learn to live between the sympathetic gazes and the opinions of rejection?

GS Like I told you a little bit ago, I grew up in New Jersey, and I spent my summers in Miami, Key Biscayne. In fact, one of the best lessons that my parents left me was speaking Spanish in the house, and I learned English in school. The house was a piece of Cuba, and school was a slice of the USA. So I learned that the history of the United States, like that of Cuba, both have two versions.

With my oldest niece, who today is a lawyer, it was different for in her first year of college at New Orleans. She had to do a project about some other country and, so her parents and grandparents would be proud of her, chose to do her work about the Enchanted Isle, the dreamt-about country of her parents. She went to the library at Tulane University, checked out a book about the history of Cuba, looked in the back, began to read the names and found the name of Merob Sosa García. “Damn, that’s my grandfather!”, she said very emotionally and looked up the page directly … look, to keep this story short, she called her mother crying and the revolution started in our house. She learned that her dear grandfather had been a thug, a murderer who killed peasants and ate babies. It was a very painful trauma. For as much as was explained, everything was the result of a dirty propaganda, which meant an enormous suffering.

I began to tour bookstores. One day, I passed in front of a little bookstore in Key Largo, alongside St. Peter’s Church. I went in, it was impossible there would be a single book about Cuba there. I looked, and I found a very interesting book by Paul Bethal, chapter 13, “The Great Blackmail”. It was terrifying what I read about my father, Lt. Colonel Merob Sosa García.

That day I started the project I promised to my mother. IF YOU HAVE NOTHING TO HIDE, YOU HAVE NOTHING TO FEAR. That’s what my father told me, that’s what I proposed to myself: clear the name of my father, and those of many other men punished by a manipulated history. Time will tell the truth, putting everything in its place.

JJ I was looking at pictures a good friend brought to me, of your father’s funeral. Impressive images; they reveal exactly the opposite of what those books say. Without doubt, the burial of a loved man.

GS You saw that? I’ll explain it to you. My father died in 1975, I was 17 years old. He and I used to talk a lot, the only thing he asked of me was always “study and education”. A suspicious and sudden death. The funeral was impressive. I couldn’t believe it — flowers came from Cuba, from Spain, from a mountain of places. The line of cars for the funeral procession looked like that for a President. They gave me the American and Cuban flags, and a very beautiful letter that a man wrote from Cuba, ending with UNTIL THEN, COLONEL. I fell over in shock, it was unforgettable.

I can confess to you that I never felt rejection. All through my life I’ve met people who have recognized my last name, and they say with respect “you have to be the daughter of Colonel Merob Sosa, it’s an honor to speak with you”. I like that, I respect it, because I know perfectly well that they’re not saying it for my benefit, rather they’re referring to my father.

My father was a loved man. 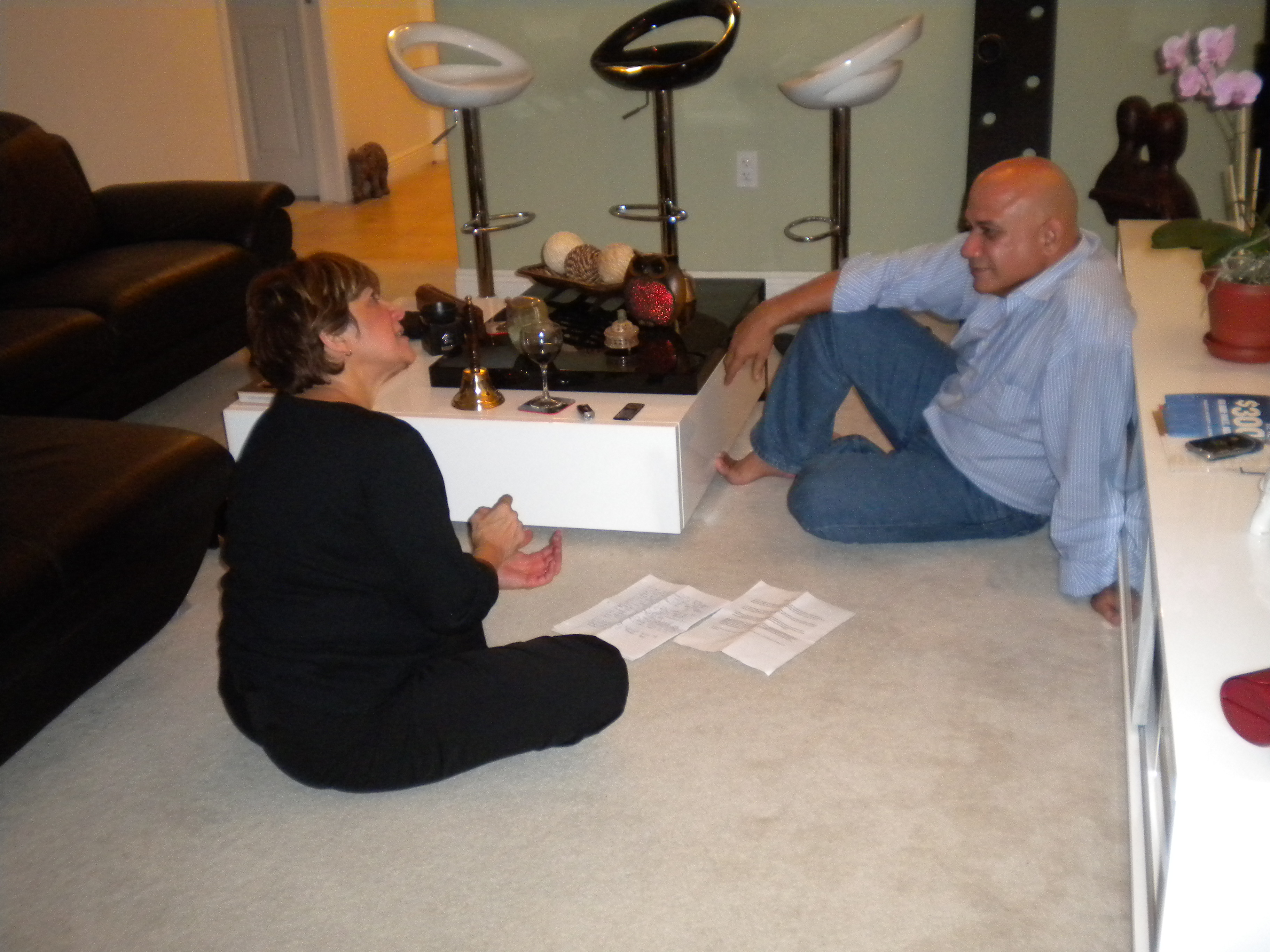 JJ Gina, I’m saddened for all those people who for, whatever reason, have to hide their religion, their way of thinking or sexual preference; but I am more upset for those who have to deny or hide their origin. I loved, I still love, and will love my father forever like I imagine you love yours; but they were enemies. How would you think our progenitors would judge today our excellent friendship?

GS I like that question a lot, and it’s important. I had the opportunity of being educated in the United States, and I’m very spiritual. I believe in the power of God, I believe that everything is written. My father’s birthday was December 1st, yours the next day. Do you think that’s coincidence? I could never have imagined that the son of Juan Almeida Bosque would interview me. Never. For me, it’s all pride. Your father and mine were on opposite sides of the same civil war. Because in Cuba there was a sad civil war, although many deny it. But now they aren’t here, they were our fathers, they are now in another dimension, protecting you and me — the both of us. I am sure that a divine force is uniting the Cubans to be able to make a change that might not be only human. Yes, our fathers are dead, and they were enemies, but today you and I are friends and we have to be an example to the many who even today — being brothers — consider each other enemies. I don’t know why we met, but it is destiny, the circle of life. We have that mission, our fathers are drawing the future of our homeland, definitely the message is Democracy and Union.

Someday I’ll open my father’s mausoleum in New Jersey and I’ll take him to Havana and place his remains at Colón Cemetery.

JJ How about if, on a day not far off, we were to leave “without having to ask for permission,” and we took a ride around Havana?

GS Wow! Let me tell you something, it’s a risk I don’t know if I would take; but believe me, I’d love to go to Cuba and walk around Havana — with you as my tour guide.

JJ Let’s make a deal then. You show me New York, and I’ll show you our Havana.

The word gusano, or worm, is a pejorative term used by supporters of the dictatorship to refer to those who oppose the Cuban government.