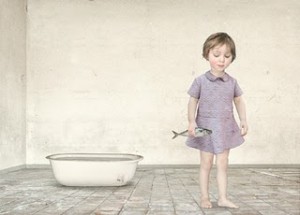 In 1961, with the creation of Children’s Circles (Daycare Centers/State Nurseries), the Cuban Pre-school Educational System is created. Until that time,there existed in the country approximately 300 initial education centers, essentially for children 5-6-years-old. In 1980, per Resolution 577, regulations for Daycare Centers are created, and in 1981, per Resolution 430, a new scholastic curriculum is established.

Per Law 76, decreed in 1984,Mixed Circles (boarding/nonboarding) and homes for parentless children are created.

Preschool children (5-6 years of age) were educated in Primary Education until 1992. Then, as it was deemed to be the last development period within the early childhood phase, its direction was determined by the preschool educational system.

Preschool education is not obligatory in Cuba (OEI, 1999), though it is the minor’s first education phase. It constitutes the first subsystem of the entire National Educational System. It is endorsed by legal documentation and in the Republic’s constitution.

The Ministry of Education (Ministerio de Educación/MINED), under the Direction of Preschool Education (Dirección de Educación Preescolar), outlines political education and methodologically directs the educational activities of the entire subsystem. It consists of the maximum technical and methodological authority. There are departments subordinated to provinces, municipalities, and regions. All are obliged to adhere to the educational politics and directions originating at a centralized level. They control and adjust educational activities in their territory according to the politics of the Cuban Communist Party (MINED, 2010).

This primary teaching has as its objective achieving the maximum integral and harmonious development of the child, from six months of age until five years of age; while consequently facilitating his/her learning at the commencement of primary schooling. In the practice of governmental education, this initial general education phase is essentially organized in two ways: institutional (child groups and preschool classrooms in primary schools), and not institutionally with the Teach your Child Program (Programa Educa a Tu Hijo). The same takes into account three fundamental variables:

– The informal ways (not institutional), from birth until 4 years of age, perfected with the program Educate Your Child (Educa a Tu Hijo) effected through the service of professional promoters, volunteer activists and the child’s family.

– Preschool grade at the school for children 5 years of age.

Generally, children gain acceptance into the children’s group such as in school per their age group, so far as they reach the corresponding year of age by the 31st of December. Education in Cuba is state-run; the majority of school settings are subsidized by the State. The children’s group charges a reasonable fee to the parents for the assistance services; educational and health services are offered for free. Only working mothers or those in a predetermined social situation have access to the service.

There is a group of children ages 0 to 5-years-old who are assisted in private nurseries generally when the mother works outside the home. In these locations the children are mostly looked after by women who carry out these activities by way of the state. A small part of this establishments belong to the Catholic Church and other institutions, where the preschoolers are availed better benefits and many more resources than those at children centers or regular nurseries.

At present those who wish to open a private nursery are required to apply for a health license, pay taxes, if not retired, and submit to periodic visits by inspectors. In the capital the minimal fee per child per month reaches 10 CUC ($9.00 USD), not including food, clothing and articles of personal hygiene for the child. In Havana, based on figures obtained by ACDEI, the majority of this nurseries offer assistance services. Governmental documents reflect children participating in the program Educate your Child (Educa a tu Hijo) since the age of 3. Available additional information regarding the development process throughout the country is not sufficient.