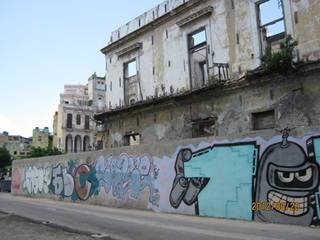 The economic update, whose measures are tested and applied in drips and drabs, has not ended up, because it cannot, liberating productive forces, the only possibility for beginning to solve our critical situation.

Authorizing the exercise of all professions and trades, without any kind of limitation, and permitting the establishment of small and medium enterprises, whether individual, cooperative or any other type, are indispensable conditions for development.

Together with those, it is also necessary to reform the current Foreign Investment Law which, as its name indicates, does not encompass investment by Cuban residents in this country or abroad, and only accepts that of foreigners, something that leaves the quite vaunted national independence and sovereignty at a standstill.

Also, this foreign investment has not been produced in the amounts foreseen, due to a deficient legal foundation that protects against changes in political winds, so common in the country, nor does it stimulate people to assume risks, because to the meager earnings possible.

Complicating the situation, the latest judicial proceedings initiated against some established firms, that has led to their closure and the prosecution of their foreign owners and Cuban collaborators, have only added fuel to the fire of worries.  With so many thunderclaps there is no one who invests, especially when they can do it in other countries of the region, with better deals and greater stability and respect accorded to the signed agreements.

Dismantling the political and ideological bureaucratic web which, having primacy over the economy, grips all initiative and makes its oxygenation difficult, is a condition that must be met, if we are really trying to solve something.  Continuing to languish by drops, waiting for better times, something that, unfortunately has turned into a chronic ill, though it has not appeared on the list presented at the end of the last session of the National Assembly, only leads to the abyss.