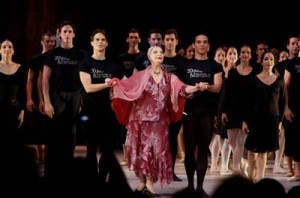 The Havana Ballet Festival, held from October 28 to November 7, and dedicated the Alicia Alonso’s 90th birthday, had moments of greatness with figures and groups from the island, North America and Europe, but it overemphasized the legend of the Prima Ballerina Assoluta, which distorts the situation of the National Ballet, marked by the exodus of its best dancers and choreographers, and by the aesthetic of classicism which distinguishes and limits its creative delivery.

The talent and founding work of Alicia is undeniable, as are her triumphs in New York, Paris, Moscow and other capitals from 1940 to the late sixties. In addition, she forged a generation of ballet dancers, together with her ex-husband, Fernando Alonso, former director of the National Ballet of Cuba; but if the Diva directs from backstage, then her visual problems and the passage of time immobilize her, so that both the School and the Cuban Ballet, mounted in the image of her Pharaonic royalty, exist despite Alicia, although through the system of stars of the Castro regime she is awarded the throne until death, which explains her incessant choreography, master classes and distinctions. 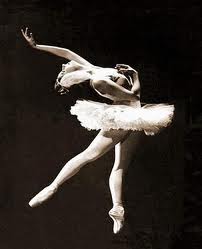 To avoid offending Alonsova’s fans, I will refer to the honors received by the Diva during the 22nd International Ballet Festival of Havana, which drew companies from 18 nations, including: American Ballet Theater, the Royal Ballet of London and the English National Ballet, the ballets of the Operas of Berlin and Munich, the National Dance Company of Spain, the Malandain Biarritz Ballet, the Teresa Carreño Ballet Theater, Stars of New York City Ballet, and guest dancers such as Maruxa Salas and Vladimir Vasiliev, who gave Alicia the Galina Ulanova Foundation Prize of Russia.

During the Festival opening a documentary was presented on the life and creative path of Doña Alicia, honored in turn by the Cinematheque of Cuba, which opened a collection of black and white photographs in the Chaplin gallery, accompanied by posers and scenic objects evocative of the Diva. 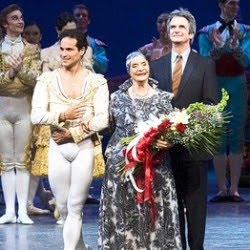 The Cinematheque and the Cuban Institute of Cinematographic Art and Industry showed the films: Alice In Wonderland, made in 1962 by Pastor Vega; the short Spiral, by Miriam Talavera (1990), and Alicia, the Eternal Dancer, by Manuel Iglesias (1996); The Origins Gallery of the Great Theater of Havana, meanwhile, home to the Ballet and the Opera, presented the film Sleeping Beauty, with choreographic adaptation by the former ballerina.

The Origins hall inaugurated a beautiful exhibition of small sculptures, Pieces of Memory, by Isabel Santos Red, made from wax, metal and wood, alluding to moments and figures in the ballet, and especially to Alonso.

We know that in all forms of art there is a desire to be in the limelight, but the role of our Diva is the height of Egomania. Alice no longer twirls in the lake of the swans, nor is reincarnated in Carmen or Giselle, but she cannot seem to find the door to retirement.