Lifting or easing the embargo will strengthen the Castros’ power. No economic benefit justifies the absence of democracy. Lifting the embargo would allow the Cuban government to apply for credit at US banks, and would make it legal for US citizens to visit Cuba as tourists. 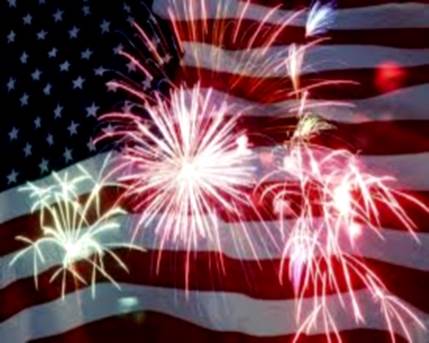 HAVANA, Cuba- In the last week, various opinions have circulating about a letter sent to the president of the US, signed by US and Cuban-American intellectuals and political personalities asking for further easing of the embargo. Debating opinions sparked following the publication of the letter shows at once the relevance of relations between both governments in an eventual political transition in Cuba and the complexity derived from the many facets of a too long-drawn-out dispute.

So far, it is not known what strategy would take place in “drawing near” to the regime which would lead to an effective advance in human rights and democracy on the Island. The extreme positions have tinged a controversy which –judging by the signals stemming from it- will probably settle between the Cuban exile community’s economic power interested in investing in Cuba, some US political sectors and the political power of the Cuban regime. And what role do the common Cubans play in all this? That of passive recipients, the same as in the last 55 years.

It is undeniable that, under conditions of absolute power, the lifting or easing of the embargo will reflect its full benefit in favor of the consolidation of power of the Castros and their elite. However, does this mean that the embargo, or -as some sectors propose- its intensification, will be positive for the present and future of Cubans? At a time when the Cuban government is in desperate need of foreign investment capital, wouldn’t it be possible for those participating in the dialogue to establish a rational agenda to foster an evolution to a multilateral political and inclusive scenario for Cubans?

But this leads to other equally important questions: is there at least the intention to create such an agenda? would the opposing sectors and those of civil society be invited or allow to participate in its construction? Who would assume the public engagement of its compliance?

Without getting answers to these essential questions we will not be at the gates of a dialogue aimed at a solution for Cubans, but to an arrangement that would require their demonstration of faith once again, such as the one that made the empowerment of a dictatorship possible 50 years ago. So it is that, even for some of us who have declared ourselves opponents of the embargo as obsolete and retrograde politics, its unilateral and unconditional relaxation could be more harmful than beneficial at this juncture, given the regime’s ability to maneuver advantageously in critical situations. A negotiation, to be effective, requires certain conditions.

On the other hand, the intensification of the embargo would only lead to further hardship for Cubans, to an emphasis on violence in Cuba, the exodus, and the possibility of social chaos of unpredictable consequences. No opposition leader would be able to control such a scenario.

As we can see, is not a simple problem.

Internally, among members of the Cuban opposition, a climate of reserve prevails about the efficacy of a “negotiating” proposal that has not been clearly defined. Thus, in the absence of formulas that will allow solid advantages for Cubans or the attainment of long coveted democratic conquests, all optimism becomes intangible.

If the embargo is unconditionally adjusted, the Cuban government would be gaining momentum and consolidating its economic power. As a result, we would run the risk of “going forward” in reverse, towards capitalism with the Castro elite at the helm. A grim scenario.

The success of the negotiations would then consist in drawing such a clever and innovative strategy that it would allow trade and investments derived from “the easing” in effect reach Cubans, and that they might “gain autonomy” and advance in their rights, in a time period that the parties might consider reasonable. Because no discreet economic benefit should justify the absence of political and civil rights.

The opposition fears are not unfounded. Certain personalities conveniently interpret the effect of Raúl’s reforms, magnifying them, which is more alarming if the opinion comes from an experienced politician like Arturo Valenzuela –one of the signers of the letter to Obama- who considers the release of “the Cuba interchange” as a way to give power to Cuban citizens (…) the best way to empower the people”. Valenzuela speaks about “a Cuba that’s significantly changing” (interview published by the BBC/Mundo May 19th, 2014). And he really doesn’t lie: Cuba is changing, but not exactly for the benefit of Cubans, as the deterioration of the economy shows six years after “updating the model”, the growing exodus and the increment in repression against the dissidence.

It should be understood that Valenzuela isn’t necessarily interested in the aspect of Cuban civil liberties. After all, he is a politician from a foreign country and, as such, he defends other interests, not ours. However, his claims border on insult by stating that “there is a policy change in Cuba that encourages citizens to develop their business potential. At this time, about half a million entrepreneurs are beginning to rewrite the history of their country by starting their own businesses, creating jobs for their families and communities”. He is obviously referring, in such pompous terms, to the proto-entrepreneurs of small shops –like owners of small restaurants, rolling carts, taxis, trinket stands, and the whole gamut labeled under the insignia “small business owners”- out of which only a tiny minority would qualify as “entrepreneur” under the standards of a half decent country. In fact, the Cuban “civil society” does not even have the right to freely associate.

On the other hand, it seems counterproductive that any of the proposals that advocate “the momentum of the Cuban civil society” might include even their representation in their pro-democracy planning. Seemingly, not one of those aspiring to mediator-debater sees a modicum of talent or legitimacy among us.

In this sense, the 2010 experience was sobering, when the Catholic Church mediated with the government (at the government’s request) in the liberation process of the prisoners of Black Spring, but, to date, this has not yielded any advance as far as respect for their rights and freedoms or for the rights and freedoms of the rest of the Cuban people. The expectations raised by that process ended in another civic shipwreck.

Indeed, civil society is a weaker and minority sector, as befits a nation that has lived under a dictatorship for more than half a century.  However, this is no reason for the influential exile sectors to exclude dissident voices and the claims of the opposition in the right to participate in changes they have been demanding for decades. Such exclusion extends not only to the staunch defenders of the tightening of the embargo, but to those dissident sectors that have been opposed to it. The handiest pretext is that the regime would not approve negotiations if the opposition was represented. Thus, it is more productive to ignore it.

It is clear that we are living in times of change, though no one knows for sure if the changes will be for the better. Since we continue to be the kite at the mercy of the string and the wind, it wouldn’t be so bad that, for once, at least we might know where we are being led.