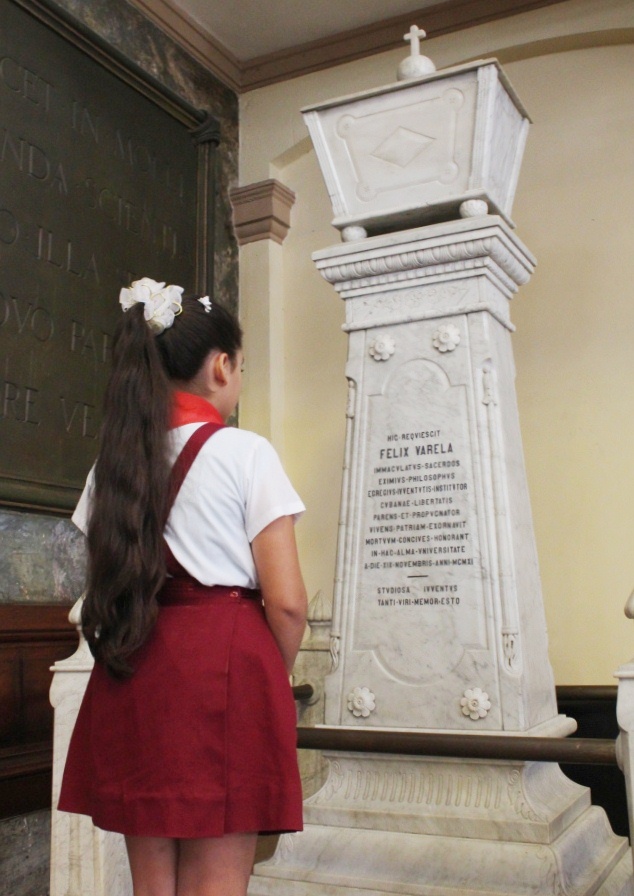 Fifty years ago the triumph of the Revolution was a paradigm for an era about to begin. The serious social problems that it sought to stamp out and the head-on antagonism towards the U.S. government marked its early years with a tense and radical tone. The justice of that struggle, the immense jubilation of a sea of people celebrating victory and later developments such as the literacy campaign, the invasion at Bay of Pigs and the October missile crisis would confer glory on its charismatic bearded leaders. It was a romantic image that resonated with every leftist movement throughout the world. At the time, as so often happens in similarly fervent eras, it seemed that anything was possible.

As one might imagine, to bring these dreams to life, a different type of man was needed. He had to possess his species’ highest virtues, be capable of making huge sacrifices while losing nothing. He had to be someone trustworthy, who acted in accordance with his principles to the point of being willing to die for them. There was an urge to forge an altruistic being, indifferent to the miseries of the past and without the slightest trace of selfishness. There was a need for a man aware of his moment in time and of the legacy he should leave. He aspired to be the perfect being “outlined in the speeches of Che Guevara” and was called upon to be the model for an idealized future. In other words, he was the dream of the New Man.

But that vision did not lead to a smooth road towards the promised land. While large estates, foreign holdings and properties belonging to the wealthy were nationalized in the early years, with the onset of the “revolutionary offensive” of 1968 such government measures were redirected against the very Cubans who had so fervently supported the Revolution less than a decade earlier. They often found themselves stripped of their small family businesses, whether they were simple little neighborhood stores, humble produce stalls, or tiny shoeshine stands. These misguided and extreme measures were followed by decades of economic stagnation and a flourishing bureaucracy that did nothing but demonstrate how inappropriate it was to adopt a carbon copy of the Soviet model.

The passage of time also saw an absence of civil guarantees, the lack of a separation of powers and an ethical impoverishment brought on by a press subjugated by censorship, all of which created an atmosphere of social hypocrisy that could only grow exponentially. The initial promise of plurality was necessary to motivate the people to wage war against tyranny of Batista’ as well as against assassins the likes of Ventura Novo and Cañizares, of Pilar García and Rolando Masferrer. It ultimately degenerated into a civil and spiritual poverty that today we recognize with embarrassment.

Now, fifty-four years later, I ask myself what remains of that dream. What of the utopia of the New Man have young people today inherited? The fantasy died in the cradle and in its place arose someone capable of the full range of hypocrisy, someone who runs from truth like vermin from light.

In he shadow of fear was engendered a lazy and selfish being, unable to put himself forward civilly with principles, unable to concern himself with anything that doesn’t have to do only with him. Insensible to the pain of others inadvertently powerless to go further, beyond the boundaries of his little plot, and in his Kafkaesque insect dimension, vegetates in his own harvest of misery without ever uncovering the great common parcel.

I don’t want to say that my inquisitive mind or judgement are infallible, nor do I want to wipe the slate clean, but it greatly distresses me that the behaviors that should be dark exceptions are the shameful norm: I look with sadness at the minimum level of spirituality of this youth, focused on fashion and reggaeton but too uneducated and superficial to notice major issues.

Elevated concepts like nation, commitment, duty or sacrifice are as alien to the average youth of today as the concepts of quantum physics. And it’s not that it’s wrong to live intensely, to wear the latest fashions and dance to the point of delirium, “because youth only comes around once and as beautiful as it is, it is fleeting,” but there should be, along with joy, depth… isn’t this Guevara?

The mega-experiment of the schools in the countryside had everything to do in such moral devastation, which for decades kept several generations of Cubans away from their families in the most critical phase of their adolescence, while their personalities crystallized.

In the classrooms of these boarding schools there was a climate of adequate teaching, “high quality in many cases,” while in the dorms many times the prison code prevailed: good had to adapt itself to sign of evil, and never vice versa, if you wanted to survive; their that young person in the making could descend to the most obscene unscrupulousness.

To this must be added the unfathomable crisis of values that came with the decade of the ’90s. The profound deterioration of people’s living standards prompted a mass exodus of teachers from the National Education System with its logical consequences, and meanwhile in the streets the law of the jungle was definitely enthroned.

Then libretazo of the 2000s “with its never achieved its Comprehensive General Teachers, its video-conferences and massive graduations of emerging, and volatile, teachers,” struck the final blow. The sad result we are touching today; it is my generation and my daughter’s generation that is the product of those years: the insensitivity, the worst education, the most arid vulgarity are the norm and, after so much time, have reached epidemic proportions. In short, we have created a Frankenstein and today we do not know what to do with it.

But I maintain the stubborn hope that not all is lost. Against such desolation I offer in opposition Jose Marti’s unshakable faith in human improvement. I have a living certainty that my people will draw, from the illustrious examples of their history, the strength necessary to rise from its ruins; so that the New Man we dreamed of one day, and whom I resist considering an impossible chimera, is finally born as the “son of universal values, not of political indoctrination” for the ultimate good of the fatherland.

We do not need the man of prefabricated harangues: essentially we need to rescue this man from the moral abyss dug by simulation and lies. We urgently need a Revolution of the soul.

“What can we count on…?!” the myopic skeptics scream. And the response worthy is what Agramonte shouted that shook the insurgent swamp: “The shame, we can count on that, the shame all Cubans deserve!”