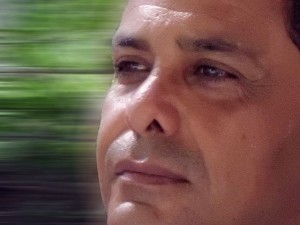 The narrator and journalist Frank Correa has published a book of stories The Election and another book of poems The necessary bet, but he has several novels, three books of short stories and two poems books on the computer, plus a volume of chronicles of urban characters who survive in the depths of Cuba. Perhaps for that reason he is considered a “drawer writer”*, which brings to mind the Frank Kafka Novel Contest in whose fourth edition Frank won special mention.

Among his unpublished novels are Paying to see, a kind of experiential compendium of a Cuban writer; Long is the night, sent to a contest sponsored by Mario Vargas Llosa; and Train, which recounts the odyssey of a discordant couple who travel from Havana to Palma Soriano, where her father has been arrested for his oppositional ideals.

The writer’s wife is his most recent work and was a finalist for the Franz Kafka Contest for “drawer novels”; the jury gave the award to the narrator Ahmel Echevarría and praised the writing skills of Frank Correa, who is committed to realism as the core of his fictions without avoiding controversial issues, evident in his journalistic performance and in Cubanet and the Primavera, the digital weekly.

As Frank Correa doesn’t weary of struggling with the censorship of Cuban publishers and the indifference of foreign ones, I want to bring to the reader one of his books of tales, as a couple of years ago I accompanied him to meet with the director of Letras Cubanas, who gave him From my shore with the negative verdict of the specialist who acted as a censor of the notebook.

After reading the story I realized that the “procedural reasons” cited by the censor after a year of waiting were obvious. From my shore goes far beyond what is published in Cuba. The double life, the existential void, the exodus, evasion, insanity and other current problems are pulsating in this collection of stories.

Frank’s eleven tales reveal his ability to put together stories, a certain expertise in setting up dialogues, an ability to recreate his personal circumstances and appropriate the uprooting, the language, and the alienation of characters so vital and mundane that they seem to step off the paper and board a train, truck, raft or to return to the galley where the writer found them when he was imprisoned for his contacts with human rights defenders in his native Guantánamo, before moving to Havana in search of new horizons.

From my shore starts with “Viaje a Guantanamo” (“Journey to Guantanamo”), about the anguish of a couple immersed in an insular journey marked by a tragedy. It includes three excellent short stories: “Volver” ( “Return”), a fable about Hemingway and death; “More absurd than a happy day”, a sort of counterpoint on a story; and “Consort”, which incorporates the hunger and paranoia of two nocturnal hunters in a devastated city.

With clear language, precise dialogues and strong characters, the creator is balancing various angles of Cuban life from a realistic and almost testimonial atmosphere. He alternates complex texts such as “Council of prisoners”, “Train”,”Riders” and “From my shore,” with “Little ghosts”, “Thorns” and “Ball of blood,” where the fantasizing oscilates between the military theme, the ineffectiveness of the health system, the hopelessness of a starved marriage and the ethical dilemma of a man before an abortion. 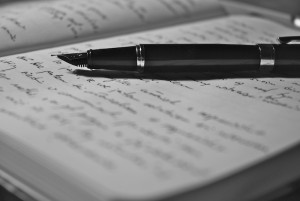 Following Frank Correa’s stories a Note was added that justifies the censorship. A simple un-signed paragraph taking out of circulation a work which should be in our libraries, one previously presented at the Havana Book Fair , as selective and exclusionary as the State that monopolizes the publishing and media.

The hope of discovering a new publishing path for his novels and short stories is a challenge for this author who writes for publications in exile.

*Translator’s note: In Cuba a “drawer writer” is someone who writes for “after the censorship”; that is they write what they want but put it in a drawer, knowing they can never get it published in today’s Cuba.