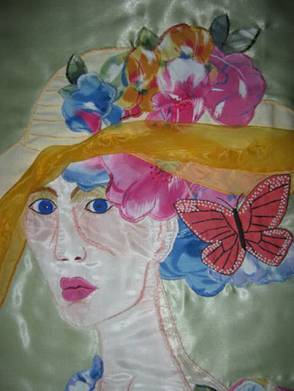 Once upon a time in my planet, where there were many fine department stores, small boutiques, department stores, cafes, restaurants and all kinds of successful businesses, large and small, where it was a real pleasure to go shopping, the slogan was: “The customer is always right. “

So it manifested itself and it worked very well. The customer was satisfied and the owner as well, because the profits for his business increased and he rejoiced on feeling the appreciation and respect of his customers. Of course, every business had an owner and there is nothing better than “the master’s eye to fatten the horse.”

With the arrival of the year 1959, the new “government” in just one of the first things it did, nationalized all large businesses and enterprises. Then the “revolutionary offensive” gave the final blow to the already “skewered” and bled economy. Now the customer had become a “user” who had no right to choose or demand, only to accept what the ration book determined without protest. I couldn’t buy what I wanted or needed, and only and badly acquire what is “determined.”

These vices were embedded and are a drag on the economy to this day, and although it is assumed that the “legalization of the dollar” and the arrival of the dual currency, at least what is for sale in hard currency (and very difficult to acquire) gives the right to choose, though it’s not the case because people who work for the State, which is almost everyone, and who in return receive miserable wages also have a motto: “I pretend to work and the state pretends to pay me.”

Therefore they have no interest in selling and unfortunately the only motivation is to see who can “knock down” the client, using that euphemism instead of using the ugly word “steal.” Not all employees are like this, but unfortunately a considerable number of them have been carried away by this vice and don’t even consider it a crime. Thus demonstrating in this way, they lack a healthy motivation to exercise their work as sellers.

A couple of days ago, an acquaintance of mine, entered the “The Butterfly” store in Nuevo Vedado, to buy a fan for his wife as a birthday present, since this was the only establishment where there was the model that suited him and fit his budget. At that store, after having checked all the stores of this kind, looking for this gadget, he found that the employee who staffed that department wasn’t there. When he asked about it, they told him that she hadn’t come in for three days because she has a sick child. Then he insisted that someone, instead of her, take care of him. He was told that no one could do it, only she was designated for that department. Why is that?

Losing patience, he asked to see the manager, who showed up a little annoyed and repeated what the employee had said. Then this man, losing patience, identifies himself and said that he was also was an employee in hard currency stores, and  although it’s another chain, they all belong to the State and would not go in there without the fan, it would raise the incident to its ultimate consequences. And so he managed that they “reluctantly” sold him the damn gadget. As you see, long ago in my planet the customer is no longer in the right, but I am of the firm belief that rights must be demanded, as this customer did.