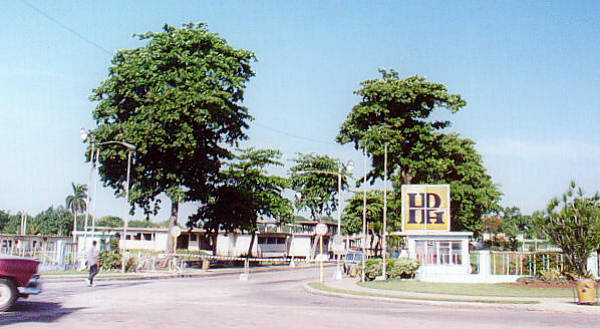 The trial for the deaths at the Psychiatric Hospital seemed like a bad theater set painted by the official press, which tried to adorn that which we all know with legal technicalities: The setback of public health, the weakness of the judicial system, and the hypocrisy of the communications media.

The daily paper, Granma, omitted the numbers of the involved and the deceased, but it gave details on the number of witnesses examined by the tribunal and the specialties of the members of the commission created — a little too late — by the Ministry of Public Health to investigate the cause and conditions that generated the “deaths that occurred”.

Did the judges of the Second Instance of the Penal Court of Havana see the pictures of the dead, which circulated the city surreptitiously? Skin lacerated by blows, evidence of physical maltreatment. The extinguished faces which, in vain, tried to protect themselves from the cold when rigor mortis caught up with them.

Starving bodies that received severe punishment because their mental illness didn’t allow them to perceive abandonment and protest it. Hunger flogged them with the same strength as their nurses and doctors, from whom need and fatigue took their human sensitivity; the same who, for altruism, travel to the most hidden places on the planet to bring health care in the name of Cuba.

Nonetheless, embezzlement weighs more than death of the sick themselves. Human beings abandoned by men and by sanity, a fact that Granma kindly called “insufficiency in patient care”.

“The prosecutor alleged that those involved knew that in the winter period an increase in deaths is produced by respiratory illnesses”, explained the journalist. Nonetheless, “the picture discovered in clinical progress” revealed signs of malnutrition, anemia, and lack of vitamins.

A cold front doesn’t produce these sufferings, they are consequences of lack of food for months, perhaps years. In those physical conditions, death was a question of time. The low temperatures were a catalyst, perhaps desired.

Many questions remain unanswered. Couldn’t this sad end have been avoided? Didn’t any medical analysis reveal these diagnoses beforehand? What did the government cadres or party members responsible for this institution do? Wasn’t there any inspection, did anyone check out the rumors?

In all that time, didn’t anyone go by there in review, a worthy manager? I forgot — that isn’t a strategic goal of the Revolution. Where was José Ramón Balaguer, the then-Minister of Public Health? He slept safe and warm while about thirty mental patients were dying of hypothermia.

Neither an apology nor his resignation, just silence. He was dismissed at the end of last July, like so many other incompetent ministers, but continued his work in the highest spheres of government. One of the untouchables with the right to taste the honey of power for him alone they sacrificed themselves, even the end of their days. Perhaps because of this the tribunal didn’t have permission to investigate him.

The curtain is drawn, matter concluded. Tomorrow nobody will remember the tragic facts, thanks to the press having disguised the human misery of a “sector that is proud and a bastion of Cuba and of many countries of the world”, and justice differentiated between cooks, cadres, and managers.