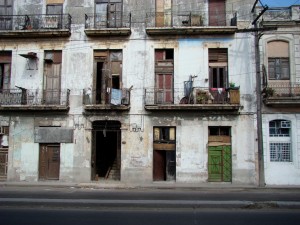 Social processes have an often unpredictable alchemy. Although there are analysts who persist in wanting to write a universal formula for uprisings, or another for civil peace, reality is wedded to the contrary. Cuba, for example, has defied the prognostications of nearly all the optimists and exceeded the expectations of even the most hallucinatory minds.

It appears that the specialty of our country is to shatter the forecasts of Santeria priests, spiritualists and fortune-tellers. For several decades we have disappointed the predictions of our collapse and, in particular, the repeated prophecy of a popular revolt. Cubanologists of all stripes have assured us, on this or that occasion, that the the island is on the verge of fracture and that the people will throw themselves into the streets at any moment.

Instead, the sidewalks are indeed full of people, but they are standing in line to buy bread or eggs, or to submit applications to consulates to emigrate. Not even the candles lit by the Santeria priests for tranquility are upended by violence. Those of us who hope for a peaceful solution are happy because, at least to date, nobody has had to serve as cannon fodder against the anti-riot squads.

The chimerical formula of explosion foretold by some relies on the element economic strangulation to inspire a people to rise up in struggle. There are those who would like to give another turn of the screw to the United States embargo against the island and cut off all remittances that come from the outside. According to their hypothesis, Cubans caught between the rock of their needs and the hard place of an authoritarian government would choose to overthrow the latter.

I must confess that the mere mention of this theory reminds me of a bad joke: An ancient leader, being interviewed by a journalist, enumerates the signs of resistance. The autocrat relates that his people have survived the economic crisis, the lack of food, the collapse of the electrical network and the absence of public transport. As he explains each hardship in this string he appends, again and again, “and yet the people stand firm.” Finally, the daring reporter interrupts him with a question, “And have you tried arsenic, Commander?”

The thesis that our reality simply needs more economic hardship for the social pressure cooker to burst is heard, oddly, most often among people who do not live in the country. The Diaz-Balart amendment to the Financial Services Appropriation Bills, recently approved by the House Appropriations Committee of the U.S. Congress, would roll back measures taken earlier this year by president Barack Obama that eased restrictions on family travel to the island and liberalized person-to-person monetary assistance. Voices in support of the amendment see these bridges as oxygen that feeds the Cuban government, prolonging its stay in power.

According to the arithmetic of “deprive them to make them react,” change would be just around the corner the day the spigot of foreign aid dried up once and for all. But in the middle of that proposition, untested in practice, eleven million people, and an equal number of stomachs, would be caught. People who did not hit the streets in the devastating years of the nineties when our plates were nearly empty and our clothes hung in tatters from our emaciated frames.

During that time of endless hardship, a single popular “uprising” happened on August 5, 1994, sparked by people desperate to leave the country, not change things here. As fearful as we might be that the pressure cooker could reach the bursting point, the reality is that the vast majority would rather throw themselves into to the sea than face the repressive forces.

And it is not because a people has a genetic predisposition to bravery or cowardice, it is simply that there are a vast number of methods to confront social rebellion. Those that have already touched us are, without a doubt, efficient to the point of scientific proof.

For those political scientists who veer closer to physics than to social sciences, it would be enough to shut off the flow of remittances and travel between Cuban-Americans and the the island for something to begin to move on the national stage. In their desire to prove such a conjecture, the theory would be promulgated by them and the bodies of the martyrs would be borne by us.

Over the course of the experiment and as it moved toward its conclusion, the swimming pools of the mansions of the olive-green clad rulers would not lack their supply of chlorine, the satellite Internet of the Maximum Leader’s children would not diminish a single kilobyte in bandwidth, and the brand name lingerie of so many officials would not cease to flow through back channels into the country.

Not only would this turn of the screw be unnoticed on the dining tables of the official hierarchy, but with their full bellies they would continue to rule over a people with only one obsessive thought: where to find something to eat every day. The misery that reigns in so many places would continue to be a mechanism of domination, not one of disobedience.

Watching the news that filters to us through illegal satellite TV, text messages, Twitter and email, we feel like guinea pigs in a laboratory where all decisions are made by others, far from our shores. We have the sensation of being mere numbers in a calculation as simple as it is dangerous. Where the result anticipated by the architects of the “pressure cooker theory” – that it will explode – ignores the fact that its detonation could provoke a cycle of violence that no one could know how or when it might end.